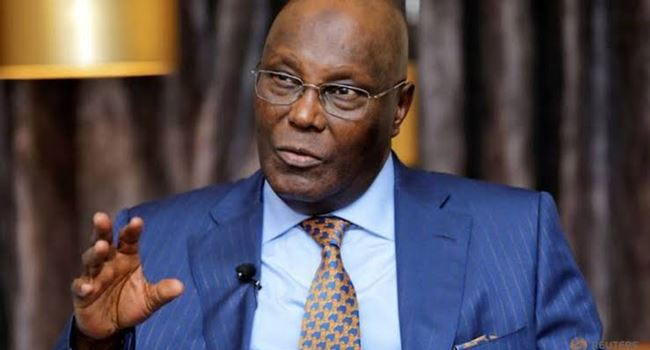 A collation agent for the Peoples Democratic Party (PDP) and Atiku Abubakar during the February 23, 2019 presidential election, Yahaya Shiko, on Thursday said that the results of the poll were doctored in his presence in favour of the All Progressives Congress (APC).

Shiko, a retired major who was the party’s agent in Kaduna South Local Government of Kaduna State said this while testifying before the Presidential Election Petition Tribunal.

He was invited by the PDP and its presidential candidate, Alhaji Atiku Abubakar, as the 20th petitioners’ witness.

The petitioners are, by their petition filed before the Justice Mohammed Garba-led tribunal of five judges, challenging the victory of President Muhammadu Buhari and his APC at the poll.

Shiko noted this while he was led by the petitioners’ lawyer, Adebayo Adelodun (SAN), to adopt his earlier statement on oath as his evidence-in-chief.

Under cross-examination by APC’s lawyer, Charles Edosomwan (SAN), Shiko said his account of irregularities during the election in his area was based on the reports he received from polling units agents and the ones he personally witnessed.

He said, “My statement was based on the reports I received from the polling unit agents and what I saw on the result sheets which were forwarded to the Local Government collation centre.

“There were cases of overvoting, and allocation of figures.
“These were what were carried to the Local Government collation centre.

“In my presence, the results were doctored.”

He stated, “figures were wrongly credited to the APC.

“At the collation centre, I made complaints when the results were announced and I protested by refusing to append my signature to the result sheets.”

Related Topics:AtikuPDPWitness in Tribunal
Up Next