Home » Nigeria In One Minute » ATIKU’S EMERGENCE: Fayose, others to dump PDP 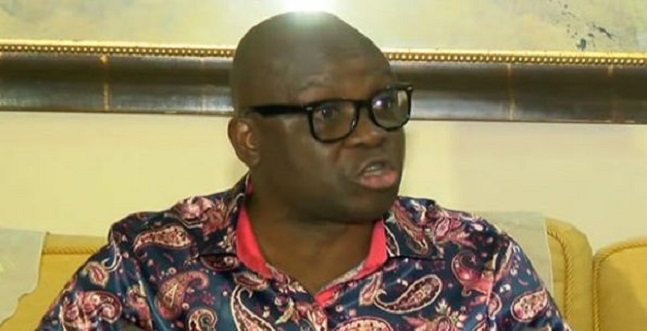 There are indications that Ekiti Sate Governor Ayodele Fayose may cease to be a member of the opposition Peoples Democratic Party (PDP) very soon.

This was as the governor, who is the chairman of the party’s Governor’s Forum told a Punch correspondent on Monday that he would renounce his “membership of the PDP anytime from now.”

“After consultations, I will speak clearly to Nigerians,” the governor was also quoted as saying.

Although details of why Fayose wants to dump the party is not yet clear, rumours are ripe that it was because of the outcome of the party’s national convention held last Saturday in Port-Harcourt, the Rivers State capital.

READ ALSO: INEC PROTEST: I have not received any invitation from the police –Melaye

But Fayose, who has been nurturing the idea of becoming Nigeria’s president, is said to have been hopeful of being chosen as vice by one of the candidates who lost the primaries.

It was gathered that Fayose is not in the picture of those Atiku is considering to select as his running mate, hence the governor is considering dumping the PDP.