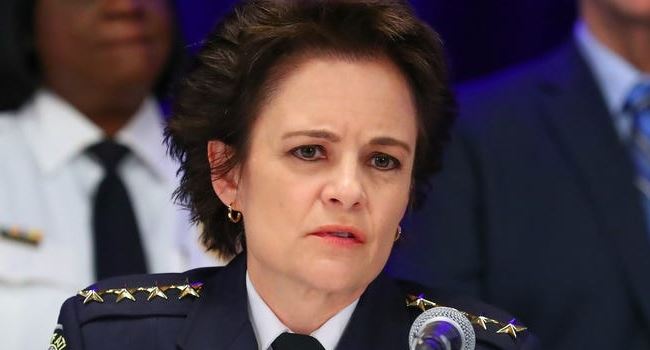 The Atlanta Police Chief, Erika Shields resigned on Saturday hours after Rayshard Brooks, an unarmed black man, was fatally shot by an officer in a struggle outside a fast food restaurant.

The Atlanta police department also announced early on Sunday that the police officer involved in the shooting was fired following the fatal incident and another officer was placed on administrative duty.

L. Chris Stewart, an attorney for Brooks’ family, said the officer who shot him should be charged for “an unjustified use of deadly force, which equals murder.”

Authorities said the slain man had grabbed an officer’s taser but was running away when he was shot dead.

The Friday night killing of Brooks, 27, sparked a new wave of protests in Atlanta after turbulent demonstrations that followed the death of George Floyd in Minneapolis had simmered down.

The mostly young protesters held up signs with slogans taken from anti-racism and anti-police brutality rallies in the US including “White silence is violence” and “Black lives matter”.