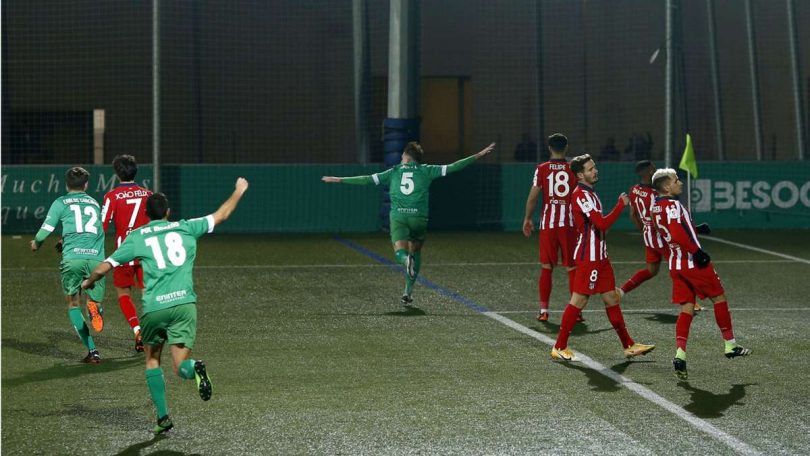 La Liga leaders, Atletico Madrid have crashed out of the Copa del Rey after losing 1-0 to Segunda B club Cornella on Wednesday night.

Atletico, who sit comfortably at the top of the Spanish topflight, were dumped out in the second round of the Cup competition.

Other big names in the topflight that also crashed out of the Cup this week are Getafe and Celta Vigo.

Also, this is the second successive season that the Diego Simeone side are crashing out after an upset in the competition.

The 10-time winners lost 2-1 to Cultural Leonesa in the round of 32 last season, and lost 1-0 this time after an Adrian Jimenez sensational flick seven minutes into the game.

Atletico ended the game with 10 men after Ricard Sánchez Sendra was shown a red card on 63 minutes.