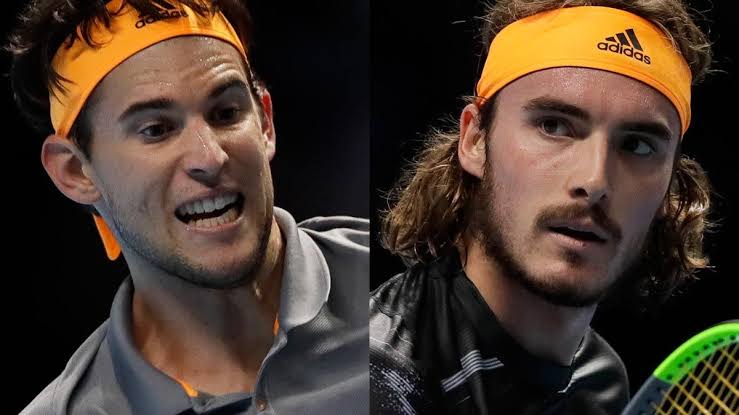 The 2019 ATP Finals will come to an end today (Sunday) as Stefanos Tsitsipas will play Dominic Thiem for the title in London’s O2 Arena.

Tsitsipas defeated six-time champion, Roger Federer on Saturday to book his place in the last-two, while Thiem saw off defending champion Alexander Zverev.

Greek star Tsitsipas, who is a debutant at the event aged just 21, won 6-3 6-4 against Federer; before Austrian fifth seed Thiem knocked out Zverev 7-5 6-3.

Both Thiem and Tsitsipas will be competing in their first final at the season-ending tournament and aiming for the biggest title of their careers.

“We are both offensive players, he is very attractive to watch, I love to watch him and I am looking forward to playing him again,” Thiem said of his opponent ahead of the showdown.

Tsitsipas is the youngest finalist since Juan Martin del Potro in 2009.

The 2019 edition of the competition will be just the third final since 2002 not to include Federer, Novak Djokovic or Rafael Nadal.