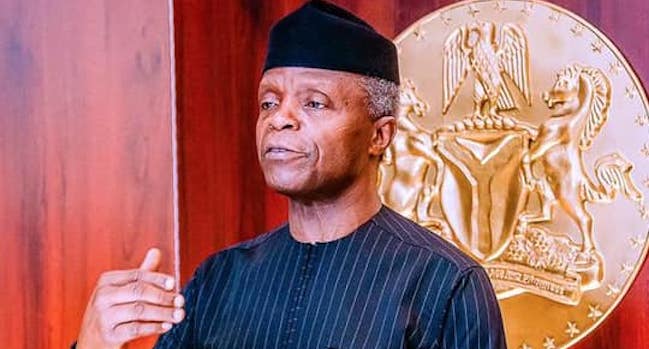 Vice-President Yemi Osinbajo on Tuesday described as cowardly the attack on Owerri Custodial Center and the Imo State Police Command by gunmen.

Gunmen had in the early hours of Monday attacked the custodial centre and set free 1,844 inmates.

They also raided the police command headquarters and wreaked havoc at the facility.

Osinbajo, who spoke with journalists in Owerri after inspecting the level of damage at the facilities, said Federal Government was adopting measures to stop further attacks on security formations in the state.

He added that the federal government would strengthen security at correctional service centres, and police formations across the country.

Osinbajo said: “This incident is cowardly. Any attack on institutions of law and order is an attack on the well-being of the citizens.

“When you attack institutions of law and order, it is evident that it is not just an attack on justice, it is an attack on the welfare and well-being of the people, especially when you free prisoners, persons who are dangerous to our people. This is definitely bad and condemnable.

“Government has already taken steps to enhance security here at the correctional facility in the state and nationally and that is a continuing process.”