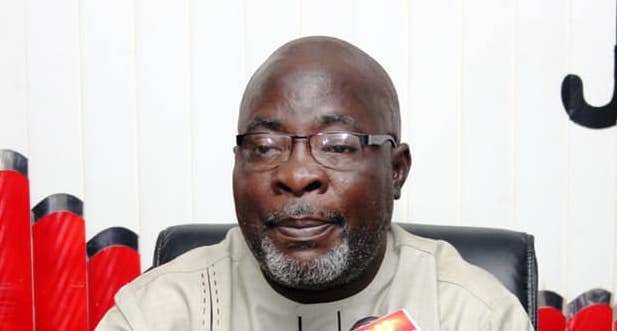 The brazen attack on Nigeria’s premier military training institution, the Nigeria Defence Academy (NDA) Kaduna, has proven the further failure and ineptitude of the administration of President Muhammed Buhari, according to the Peoples Democratic Party (PDP).

While reacting to the invasion of the Afaka Barracks of the NDA by gunmen suspected to be bandits on Tuesday morning, the opposition party also referenced the fact that some state governors have been sending vehicles to troubled states in the country to evacuate their citizens in the past few days, saying it was also proof that Nigerians have lost confidence in the Buhari government.

The statement titled, “Terrorism: Nigerians Have Lost Hope in Buhari, APC,” and signed by the PDP National Publicity Secretary, Kola Ologbondiyan, expressed sadness that the insecurity situation has so deteriorated under the regime that suspected bandits now have the temerity to attack military formations.

Part of the statement made available to Ripples Nigeria on Wednesday morning reads:

“Bandits and terrorists are now freely ravaging our communities in Kano, Kaduna, Kogi, Benue, Zamfara, Adamawa, Taraba, Borno, Yobe, Imo and other states of the federation, including Mr. President’s home state, Katsina, where the governor, Aminu Bello Masari, has now asked victims of terror attacks to defend themselves.

“The decision by some state governments to evacuate their citizens from violence and terror ridden states, including Plateau State, further confirms that Nigerians have lost faith in the capacity of President Muhammadu Buhari and the All Progressives Congress administration to secure the nation.

“It is distressing that having lost hope in the capacity and commitment of the President Buhari-led APC administration to protect their citizens, state governments are now sending vehicles to the University of Jos, Plateau state, to evacuate their citizens.

“This shows their complete loss of confidence in the APC administration and the empty promises by the Buhari Presidency.

“It is even more disheartening that while our nation is under turmoil and while hundreds of helpless Nigerians, including innocent students, are languishing in kidnappers’ den, President Buhari and APC leaders are more interested in their lavish funfair with state owned resources and facilities.

The PDP further noted that violence and acts of terrorism had escalated across the country due to the incompetence and compromises of the Buhari regime as well as its refusal to heed wise counsel from well-meaning Nigerians, including the PDP on how to secure and stabilize the nation.

Related Topics:#featuredAPCattackinvasionNDAPDPPresident Muhammadu Buhari
Up Next