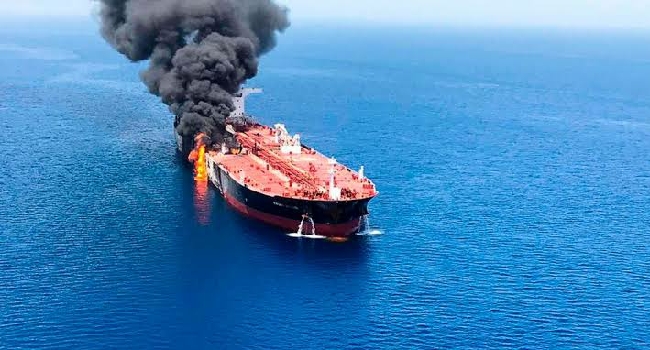 Friday’s drone attack on Saudi Arabia’s oil refinery in Riyadh could lead to a sharp increase in oil prices.

Although, the fire was brought under control, news of the attack could push up prices in the global market, meaning no respite yet for already financially stressed Nigerians.

The Kingdom of Saudi Arabia is one of world’s largest oil producers and such an attack like that of Friday will have an immediate impact on prices.

In the first week of March, oil prices briefly rose above $70 a barrel for the first time in 14 months after a similar attack on Saudi Arabia energy facilities.

On Thursday, Crude oil price slipped 8.01 percent to trade $62.55 per barrel, the biggest drop since April  2020 according to data from the Organisation of Petroleum Exporting Countries (OPEC).

Brent crude is trading at $63.80 per barrel at the time of this report.

However, the figure is likely to change in the coming hours.