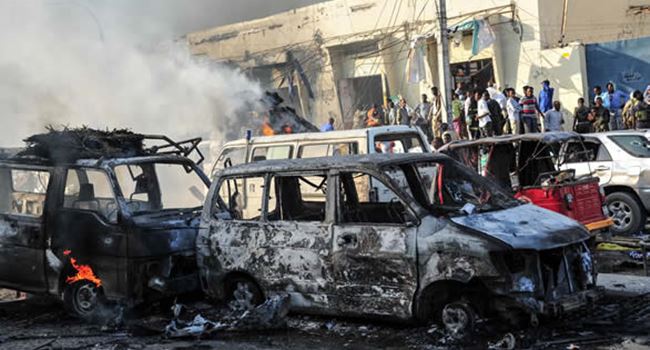 The Al- Quaeda linked group were said to have attacked the military base at Ceel-salini first, before proceeding to detonate a second explosive at Qoryoley where they were immediately repelled by the AIMASOM, AU peacekeeping forces.

“The terrorists carried out an … attack on the military bases at Qoryoley and Ceel-salini but our brave boys repelled them, they (Shabaab) have suffered heavy casualties this morning and the army is in full control in the both areas now,” said Mohamed Adan, a Somali military commander in a nearby town.

“They have destroyed part of the bridge across the entrance to Qoryoley where the Somali military base is located using a vehicle loaded with explosives.” He said

The terrorist group which has claimed responsibility for the attacks also stated in a statement that they had “captured a sizeable amount of military supplies” in the course of the attack.

Although residents in Qoryoley say the situation is calm and the AU backed Somali forces are patrolling the streets, the number of casualties are yet to be disclosed.