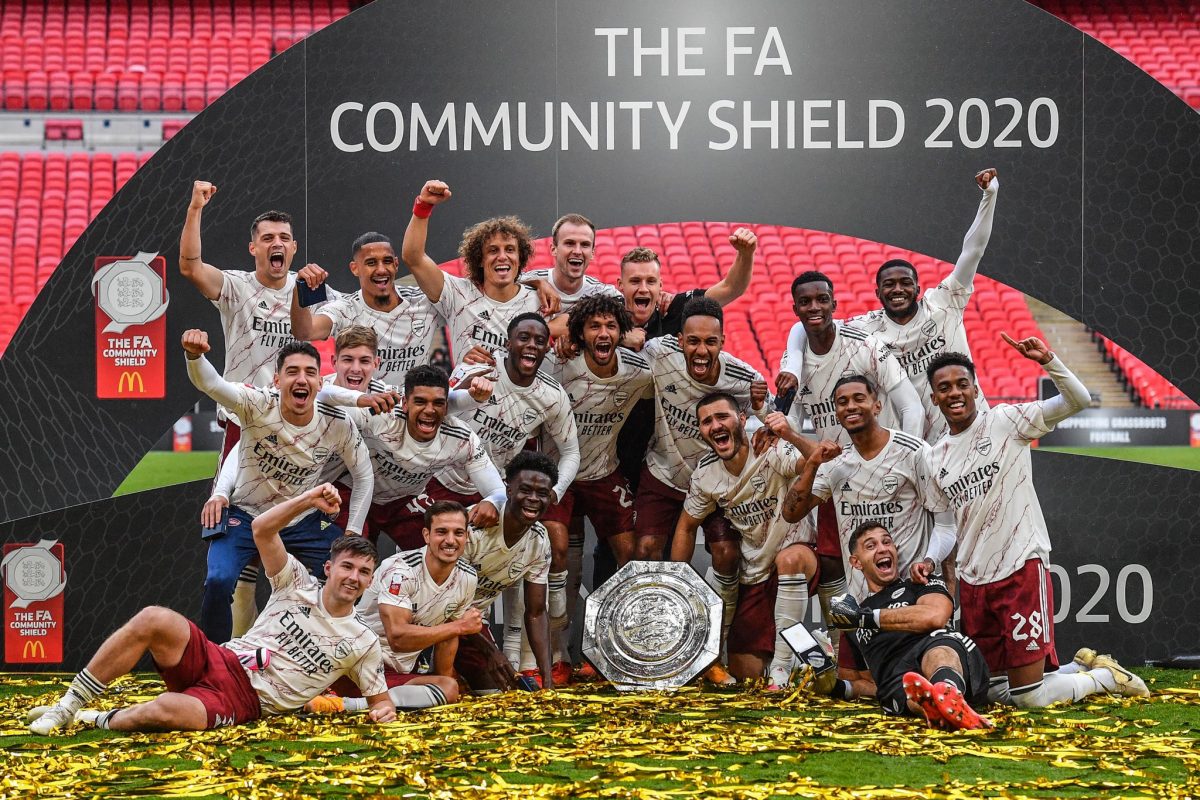 Gabonese striker Pierre-Emerick Aubameyang put up a suberb performance for Arsenal as they defeated Liverpool to win the title.

The Gunners got in the lead in the first-half through Auba’s opener, but were held to a draw at full time after Japan’s Takumi Minamino equalized.

As the game went on to penalties, Arsenal defeated Liverpool 5-4 in the shootout to win their 16th Charity/Community Shield.

Aubameyang, who captained the Arsenal team, scored the winning penalty to seal the victory at Wembley, after Liverpool striker Rhian Brewster hit the bar for his.

When asked whether he will sign a new contract, the striker said “We’re going to see in these days. Today we take the trophy, that’s it.”

He added: “We are improving. There is still work to do but I’m really happy and it’s an exciting time to be an Arsenal player.”

It is the second year in a row Liverpool have lost on penalties after Manchester City’s victory in 2019.

The Community Shield serves as a curtain raiser for the new Premier League season, which is set to begin September 12.

Nigeria will be transformed with Igbo man as president —Nwodo