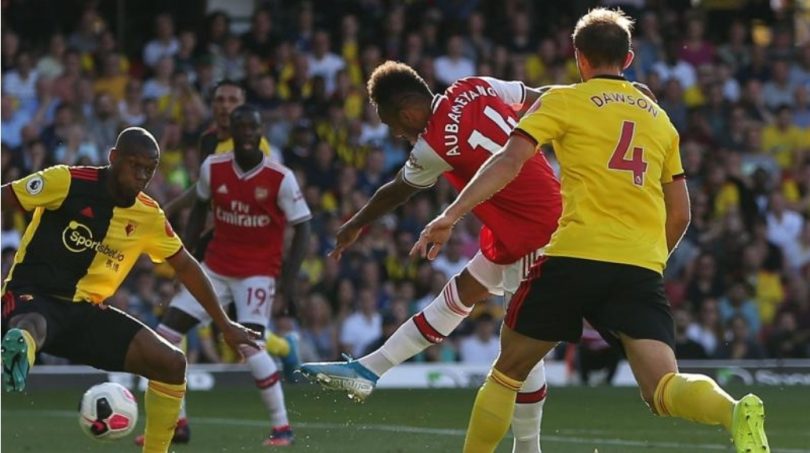 Gabon striker, Pierre-Emerick Aubameyang netted twice for Arsenal in their disappointing 2-2 draw at Watford in the Premier League on Sunday.

It was a game of two halves as the Gunners put up a fantastic performance in the first half and had two goals to show for it, while their hosts bounced back in the second half to earn a point from the encounter.

Aubameyang opened the scoring on 21 minutes, collecting Sead Kolasinac’s pass on the turn before firing past Ben Foster.

But Watford improved after the break as the Gunners unravelled in front of the vociferous home support, reducing the deficit when Tom Cleverley took advantage of a defence error in the 53rd minute.

Roberto Pereyra secured a point for the hosts seven minutes from time when he converted a penalty.

The result sees Arsenal move into seventh, while the Hornets, who are just with two points, remain rooted to the bottom.