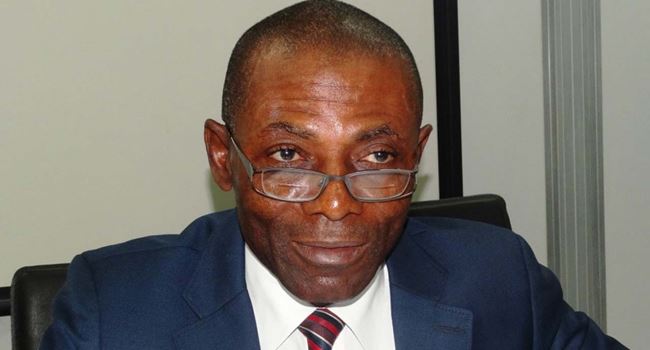 A report by the Office of the Auditor General of the Federation has uncovered the payment of unapproved allowances to the tune of N4.93 billion at the National Health Insurance Scheme.

The payments, according to the 2017 audit report of the agency signed by the Auditor General, Anthony Ayine, were made to members of staff between January 2016 and December 2017.

Others included terminal benefit or exit package, and sitting allowance.

The report also noted that the terminal benefit allowance is different from what Contributory Pension Act provided for, adding that the payments violated the Public Service Rule 130102, as they were not part of the allowances listed as payable to officers in the Federal Public Service.

“During the periodic checks of National Health Insurance Scheme, Abuja, various irregular and unapproved allowances amounting to N4,931,475,094.63 were paid to members of staff during the period January, 2016 to December, 2017″, the report said.

Continuing, the audit report added: “Allowance differential payment is illegal and alien to the public service as public service allowances are paid on the basis of grade level as at the time of payment.

“Sitting allowance was paid for holding day-to-day committee meetings, for which the officers received salaries in violation of Circular Ref No. SWC/s/04/S.310/T/65 of 8th April, 2016, which says that ‘public officers on monthly salary are not entitled to sitting allowance for holding meetings in their offices.”

Read also: DSS COURT INVASION: I can’t reach conclusion on something I wasn’t a ‘live witness’ to —AGF Malami

The audit report also noted that payment of pre-retirement training and exit package allowances violated the Pension Reform Act, 2014 which spelt out benefits due to retiring officers of the public service.

The report said the NHIS management’s violation of extant laws by making unapproved payments of allowances to its members of staff amounted to abuse of office and mismanagement of public funds, adding that this would deny the NHIS of the resources to carry out its statutory mandate.

The Auditor-General in the report recommended that the Executive Secretary of the NHIS be required to recover and pay back to the treasury the sum of N4,931,475,094, adding that evidence of recovery and remittance must be forwarded to his office for confirmation.

Amid controversies, Senate demands 20% of Nigeria’s budget for constituency projects