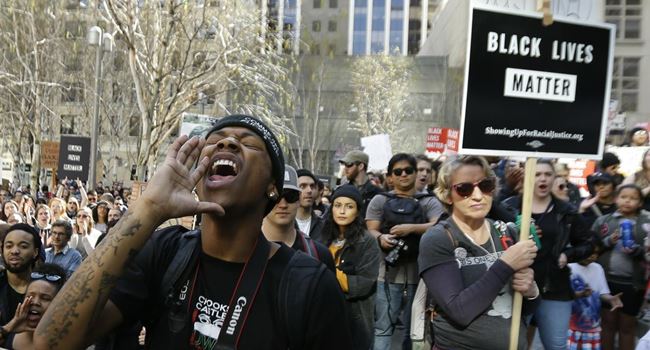 A Black Lives Matter protester has tested positive for COVID-19 in Australia despite wearing a face mask.

The protester was said to have started showing symptoms after attending a 10,000 people’s rally on Saturday in Melbourne, sparking fears of second wave of the virus in the country.

The Home Affairs Minister Peter Dutton said the case could be the start of another outbreak.

“This realises our worst fears,” he told Sydney radio 2GB. ” Now we could slip back into a second wave like other countries have.”

Victoria’s Chief Health Officer Brett Sutton said it was unlikely the man contracted the virus at the protest because it was too soon for him to start showing symptoms.

“This case is unlikely to have been acquired at the protest but we were all concerned about the possibility of transmission occurring at that protest,’ he said.

‘It’s obviously helpful that the individual wore a mask but masks are not 100 percent protection.’

‘We don’t want people gathering in groups larger than 20 in Victoria because of the risk to others. It is my strong recommendation not to go and it is the law,’ he said.

Prime Minister Scott Morrison said the protesters flouted the social distancing directives and punitive measures should be taken against them.

“I think the issues of last weekend were very difficult, but I think people carrying it on now, it’s not about that.

“It’s about people pushing a whole bunch of other barrows now, and it puts others lives and livelihoods at risk.”
The demise of George Floyd, a 46-year-old African-American has sparked public outrage leading to anti-racism protests” #BlackLivesMatters across the US and the globe.

Black Goerge Floyd died of asphyxiation minutes after a white police officer knelt on his neck during his arrest last month.