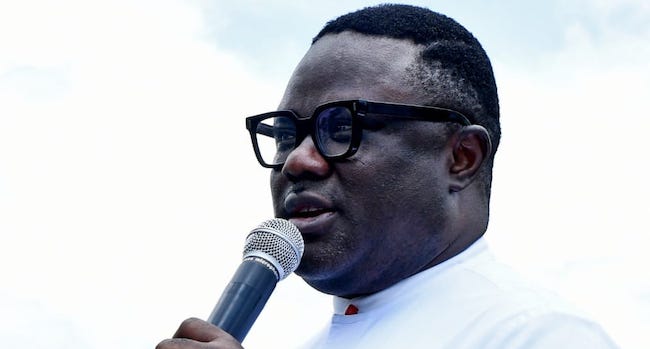 The Cross River Governor, Ben Ayade, has approved a 100 percent increase in salary and welfare package for judicial workers in the state.

The Special Adviser on Media to the Governor, Mr. Christian Ita disclosed this in a statement on Tuesday in Calabar.

He said the governor announced the salary increment during the swearing-in of the new President of Cross River Customary Court of Appeal, Justice Anjor Mbe.

The new salary regime, according to him, will take effect from August 1.

Ita revealed that salaries of the state’s High Court judges would be increased by 100 percent.

The statement read: “Judges of the Customary Court of Appeal will also have their salaries increased by 100 percent while those of Magistrates will be increased by 50 percent.”

Ayade also approved the immediate recruitment of 500 workers in the state’s Ministry of Justice in the first phase and land allocation to all judicial officers in the state.

The statement read: “As a matter of state government’s policy, any judicial officer sworn-in will have his or her official car ready for delivery.

“We have witnessed a massive vacancy in the Ministry of Justice occasioned by retirement.

“To this effect, we have approved for the Chief Judge with the support of the Head of Service and the Civil Service Commission, the employment of 500 workers in the Ministry of Justice for the first phase alone.”

SocialMediaTrends: What Nigerians are saying about Funke Akindele and her deputy governorship bid