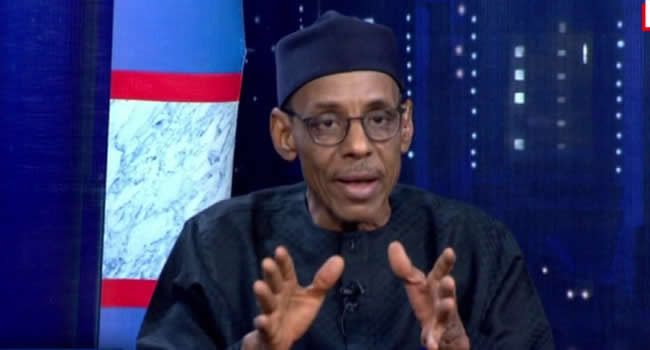 For daring to criticize the President Muhammadu Buhari-led administration, the spokesman of the Northern Elders Forum (NEF), Hakeem Baba-Ahmed, has come under severe reprimand from the Buhari Media Organisation (BMO).

The NEF had, in a statement last week, said the north was full of regrets for voting Buhari into power as he had disappointed the region.

The group had also insisted that Buhari had failed in his core duties to Nigerians. But in a reaction on Tuesday, the BMO said Baba-Ahmed was not objective in his criticism of the President and should not be taken seriously by Nigerians.

In the statement signed by its Chairman and Secretary, Niyi Akinsiju and Cassidy Madueke respectively, the BMO said the NEF spokesman has “never been known to be objective on issues concerning the Buhari administration and the All Progressives Congress (APC).”

“We are not surprised that Dr Baba-Ahmed has, again, resorted to verbal attacks on the person of the President under the guise of presenting an unbiased assessment in the midst of political hustings for the 2023 elections.

“However, we want to advise him and his NEF colleagues to be brave enough to endorse or announce their candidate for the 2023 Presidential election, rather than a resort to their all-too-familiar cheap politicking.

“Baba-Ahmed’s comments are largely a refrain of what he and his ilk had been repeating annually since he lost out in the power play in APC, regardless of what the Buhari administration had been doing to improve on what he met in 2015.

“We make bold to say that only a thoroughly biased individual, as well as an opposition figure, which Hakeem Baba-Ahmed is, would pretend not to notice general improvements in several sectors of the economy, including those that he mentioned in his media interaction.

“We wonder what parameters Baba-Ahmed used to conclude that the North and the entire country was worst off under Buhari, when it is common knowledge that Nigeria had 112m people living under the poverty threshold in 2012,” the statement said.

The BMO further noted that Buhari has done “far more with little than previous administrations to improve on what he met on assuming office in 2015.

“As much as we acknowledge Baba-Ahmed as a brilliant individual, we are struggling to see any form of brilliance in his summation of the Buhari administration as a failure.

“We know that while he was still in APC, he always spoke highly of the President and his performance in office which included the manner the administration had been handling the Boko Haram insurgency.

“We want to remind him that this was because of the manner the government had progressively improved the operational capabilities of the armed forces through the acquisition of new weaponry and platforms.

“We also invite Baba-Ahmed and other arm-chair critics to note how a nationwide rail network is taking shape in Nigeria with three rail routes fully functional, including the Itakpe-Warri line that was completed after being abandoned for 33 years, yet NEF believes that the country is worse off under Buhari.

“We urge Nigerians, especially Northerners, to ignore efforts by Baba-Ahmed to whip up unnecessary sentiments against President Buhari,” the group added.

Tinubu remains my leader, but I’m not backing his presidential ambition —Ojudu