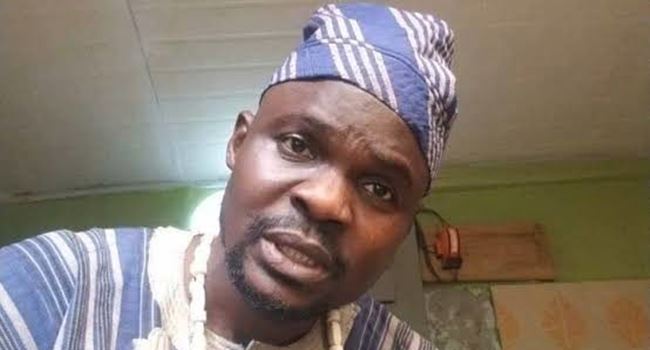 Embattled Nollywood actor, Baba Ijesha real name Olanrewaju Omiyinka was seen confessing to the molestation of a 14-year-old girl in a recent video that surfaced on social media.

The actor and comedian, Ijesha was recorded as he disclosed that he first defiled the young lady when she was only 7. He did not reveal the number of times that he molested the young lady, however, he blamed the devil for his atrocities.

Ijesha was on his knees as he apologized to his colleague, Damilola Adekoya who is popularly known as Princess, who was interrogating him in the background.

Recall Princess confirmed in an Instagram video on Wednesday morning that the minor who was assaulted by Baba Ijesha was her foster child. She could not hold back her tears as she questioned her colleague.

‘It is the work of the devil’, Baba Ijesha divulged in the Yoruba language as he was interrogated by the actress.

Watch Baba Ijesha confess to the molestation of the 14-year-old girl below.