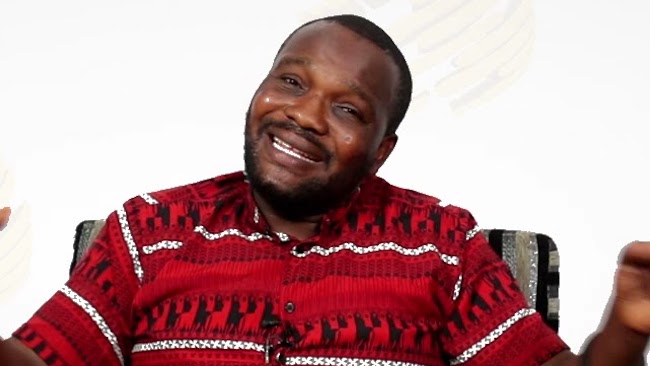 Nollywood actor and producer, Yomi Fabiyi has asked the Nigerian Police to arrest comedienne, Princess, and other parties involved in re-enacting the molestation actor Baba Ijesha meted on a minor seven years ago.

He made the call in a statement published in the early hours of Monday.

The embattled actor, Baba Ijesha real name Olanrewaju Omiyinka has been in police custody for over a week now for molesting the foster daughter of comedienne, Princess.

The comedienne had in a video posted, said the actor who she was rendering help to seven years ago, raped her foster daughter and things began to degenerate for the girl as she began to do worse academically.

Princess said the victim couldn’t open up about the abuse until recently, seven years after, when she revealed that it was Baba Ijesha who abused her.

To get evidence that will be used to prosecute him, she and some others decided to carry out a sting operation where he was invited to her house after CCTV cameras had been placed in strategic positions, Shortly after he was left in the house with the victim, Baba Ijesha started to molest her.

But Yomi believes this is a wrong move. According to him, if all the adults involved are not arrested within seven days (7), then it is safe to say that the Officers in Charge are ignorant of all the laws.

In his post, he asked parents if they will allow their children to be terribly molested in the name of getting evidence.

Read his statement below;

I still reserve huge respect and trust in the current leadership of the Lagos Police Command @policenglagos @nigeriapoliceforce , hence the benefit of the doubt.

If all the adults involve are not arrested within seven days(7) with thorough investigations done to know the extent of damage done to the young girl beyond what we already know, then it is safe to say that the Officers in Charge are ignorant of all the laws that protect children in this state. Someone MUST loose their pay cheques to say the least.

Emotions doesn’t win case, facts does. Every parent and guardian MUST understand raising a child well is the nucleus of the society. The following beg for URGENT answers:

1. What kind of adoption?

2. The framework of the adoption.

3. Did the Police inform the social services and when was the minor taken away from the guardian?

4. Is it true that suspect(s) are in custody for having carnal knowledge of the victim since last week and why is the Police silent about this?

5. And the Governor of Lagos State, The CP and Ministry of Youths should tell Lagosians and Nigerians why all the adults that are involved in the pre-miditated act of subjecting young innocent girl to the dehumanising, painful and excruciating truama NOT yet arrested? A temporary restraining order needed against all these adults going close to any children. They are all SICK.

I cannot believe some of my colleagues who had seen this video ahead of me choose to ignore or went silent about these terrible part of the incidents. The tormentor was tortured right before a child, this is not right. THEY HAVE RUINED AND DONE TOO MUCH DAMAGE to that child. The law is sacrosanct.

SAVE THE NEXT CHILD, LEAVE WHAT YOU ARE DOING NOW, A LAGOS THAT PROTECTS CHILDREN FROM EVERY CHILD ABUSER IS MY LAGOS. We owe every child that duty of care, I owe your child, you owe mine. Total justice for the innocent girl.

MTN Project Fame winner, Chidinma, chooses to be a soldier of Christ. Here is why