Home » Politics » Badeh was a victim of rising insecurity —Atiku 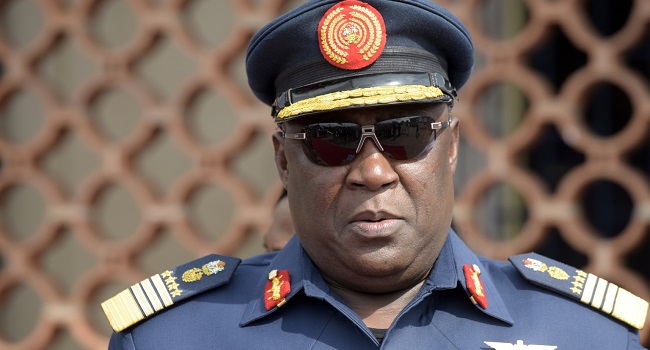 The Presidential candidate of the Peoples Democratic Party (PDP), Alhaji Atiku Abubakar has blamed the assassination of a former Chief of Defence Staff, Air Chief Marshal Alex Badeh on the rising insecurity in the country.

Badeh was waylaid and shot by unknown gunmen late Tuesday along the Abuja-Keffi Road.

He was reportedly returning from his farm before he met his sudden death.

Atiku said President Muhammadu Buhari could only pay tribute to the late service chief by conducting a peaceful and credible elections next year.

The former Vice-President said Nigeria needs a well equipped security system to curb the rising insecurity in the country.

According to a statement issued by his Special Assistant on Public Communication, Phrank Shaibu on Wednesday, Atiku said, if the gunmen did not waylay the vehicle in which Alex Badeh was travelling, he would not have sustained the gunshots and the health complications that terminated his life.

“We cannot continue to pretend that all is well with the security system in our country, where armed robbers seem to be having a field day. It is, therefore, time to look at credible options, especially electing a more prepared candidate who will ensure that policemen and women are well equipped and motivated.

“Fortunately, the People’s Democratic Party (PDP) had shown what can be achieved when the police are provided with adequate resources and are well motivated. It is no longer news that during the 16 years when the PDP was in power, the nation boasted of the better motivated, best equipped and best-mobilised policemen in the country,” the statement said.

He prayed that God grants repose to the deceased and comfort the family.