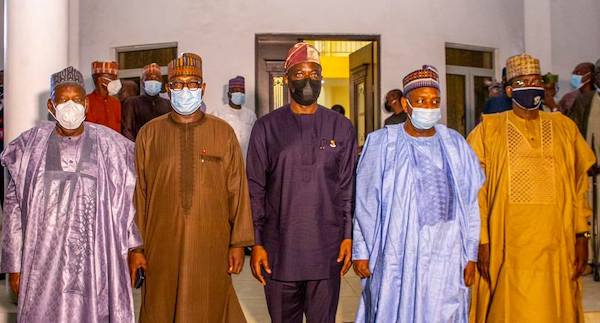 Governors of four Northern states in the country on Monday visited their Oyo State counterpart, Seyi Makinde, over last week’s clash between Yoruba and Hausa traders at a market in Ibadan, the state capital.

At least four persons were reportedly killed on Saturday during a clash between Hausa and Yoruba traders at a market in Shasha, Akinyele local government area of Oyo State.

The quartet, who arrived at the Oyo State Government House in Agodi, Ibadan, at exactly 7:00 p.m. and went into a closed-door meeting with Makinde.

The Oyo governor will on Tuesday lead his colleagues to Shasha community for an on-the-spot assessment of the area as well as meet with various stakeholders in the market.

The meeting was also attended by the Special Adviser on Security to Makinde, Fatai Owoseni; and Special Assistant on Community Relations (Arewa Community), Alhaji Ahmad Murtala, among other stakeholders.

109 million Nigerians to be vaccinated for COVID-19 – NPHCDA