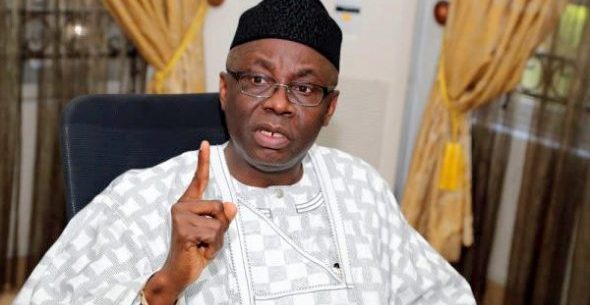 Pastor Tunde Bakare of the Latter Rain Assembly (LRA) has said that Nigerians will weep should they truly know what President Muhammadu Buhari-led All Progressives Congress (APC) Federal Government has done to the country.

Regretting the danger the actions of Buhari’s government portends to the future of Nigeria, Bakare said, “If you truly know the truth, you will weep, if you know how much we are owing as a nation, you will weep. For 16 years of PDP they borrowed N6 trillion, for three years of APC, they borrowed N11 trillion.

This was even as the Lagos-based clergy and a onetime running mate to Buhari, lambasted the President for attending the wedding of son of Governor Abiola Ajimobi and the daughter of his counterpart, Abdullahi Umar Ganduje in Kano on Saturday when 110 Dapchi schoolgirls from Yobe State are still in captivity.

Pastor Bakare spoke during a Sunday service in his church in Lagos, saying that he cannot understand what Buhari and other governors were doing at the wedding in Kano with other peoples’ daughters still in the captivity of the terrorists government told Nigerian have been totally defeated.

The Dapchi schoolgirls have remained in the captivity of the Boko Haram terrorists since they were kidnapped from the Government Girls’ Science and Technical College, Dapchi, Yobe, on February 19, two weeks ago.

Bakare said, “Forgive my ill-mannerism, but I could not comprehend why a governor will celebrate the wedding of his daughter, and another governor of his son, on the front pages of newspapers, flashing it before our eyes, when other peoples’ daughters are in captivity.

“If any of them had lost a daughter in that captivity, would they celebrate that way? I know the Bible says rejoice with them that rejoice, but I do not know what the president of Nigeria was doing there.

“And somebody came to say, let me explain to you, it is Islamic tradition, before this time, about January, they had agreed, that he (Buhari) will be the one to give the bride away and (Bola) Tinubu will be the one to pay the dowry, and present the son, and they agreed long before now.

“I looked at him and said the president of Nigeria wanted to come to my daughter’s wedding, and I said to him, sir, don’t come. That is beneath your office. Face the work of the state and keep serving.

“And 22 governors showed up to mark register, when 110 daughters of citizens of your nation were captured by Boko Haram that you said you have already technically defeated?

“It just shows how insensitive our leaders are. We have gotten to a stage that our president has become a king and a monarch. That his son who rode his pleasurable bike that almost claimed his life, will be returning from an overseas trip, where he had received special healthcare that Nigerians cannot afford, that it took a whole minister of state to go and welcome him, because he has no job.”

Moghalu’s audacious push for Aso Rock: 6 reasons it may just be shadow-boxing