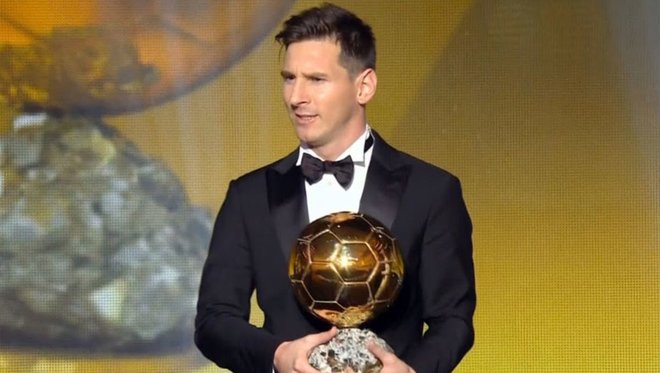 Barcelona and Argentina superstar, Lionel Messi was crowned the 2019 Ballon d’Or winner in the men’s category ahead of Cristiano Ronaldo and Van Dijk Virgil.

The 32-year-old, who has now won the tile for the world’s best player a record sixth time, received the award in a ceremony in Paris, France on Monday night.

“I would like to thank all of the journalists who voted for me and wanted me to have this prize. Thank you so much to my colleagues who have actually contributed a lot to this prize. It is amazing, thank you so much,” said the Argentine after receiving his award.

Monday’s award means Messi won two of the most important individual prizes in 2019, having won the FIFA Best Player award. He however finished in top three of UEFA Player of the Year award, which was won by Van Dijk.

Messi scored 54 times for club and country in the 2018-19 season, in which Barcelona won La Liga.

Champions League winner Van Dijk, who many believed could stun Messi to the title, admitted that he has had a great year despite losing out on the Ballon d’Or.

“It’s been an amazing year, I was close but unfortunately there are a couple of players like him [Messi]. I am proud,” said Van Dijk.

“I’ll do my best to get there next year,” the 34-year-old, who beat Lucy Bronze and Alex Morgan to the title, said in a video message.

Brazil and Liverpool goalkeeper Alisson Becker won the first ever Yashin Trophy for best goalkeeper in the world. He helped Liverpool to the Champions League title and also joined his country to the 2019 Copa America triumph.