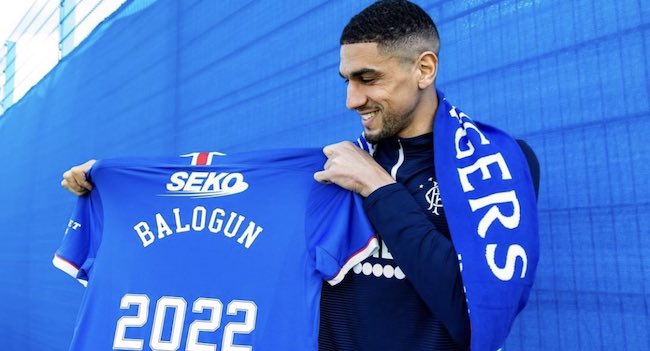 Balogun, who has been playing a key role for the Scottish champions this season, said the game is personal for him, and that he would playing to make two teams proud.

Rangers sailed into the final of the competition after edging past German Bundesliga club RB Leipzig 3-2 on aggregate following a 3-1 second-leg win at Ibrox on Thursday night.

Balogun, who had played for Mainz earlier in his career, has an extra incentive in mind ahead as he prepares to take on a familiar adversary later this month.

“I was born and raised in Berlin, Germany. I used to play for Mainz and they have quite a rivalry with Eintracht Frankfurt,” Balogun was quoted by Glasgow Times.

“So for me it’s personal as well. I have to make two teams proud.

“But I am very confident that with this group, with this bunch of players, we can achieve that big dream that everybody now has and had before the game.

“I didn’t think about [getting to a European final when I joined Rangers]. But you always have to dream big.

“I don’t think we started this campaign thinking that we were going to make it all the way to the final. The belief grew with every game, especially after the Dortmund game.

“We were like ‘okay, we can do this, we drew Dortmund, we can make that’. We knocked Dortmund out of the way.

“Now are in that place that we dreamed of and we have to make it for the club, for us personally, but also for Jimmy. We have to make sure we win both finals.

“We just took it one game at a time, but I think you have to go into every game knowing that you can make it.

“When we drew Leipzig, everyone was going ‘okay, that’s a tough one’. But we had prominent support I would say.

“I spoke to Toni Rudiger a few weeks back and he said: ‘You know, you’re going to make it, you’ll see’. He was right. Now we have made it to the final, we have to win it.”

Rangers will be playing in the final against Eintracht Frankfurt at the Ramon Sanchez Pizjuan in Seville on May 18.

Balogun’s compatriots, Cavin Bassey and Joe Aribo will also be hoping to lift the trophy.