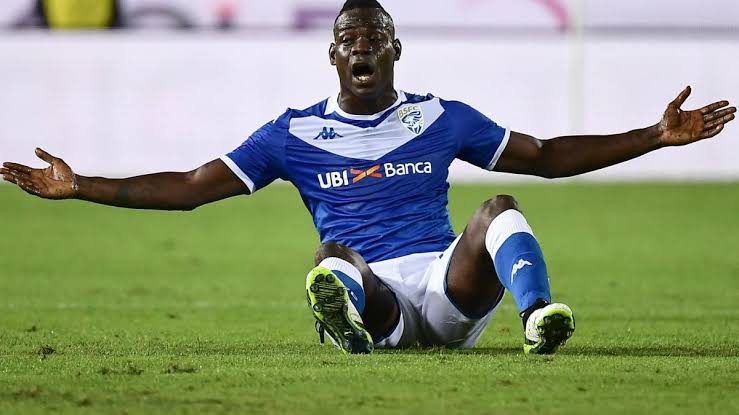 Mario Balotelli was sent off in Serie A clash between his club Brescia and Cagliari, which ended in a 2-2 draw on Sunday.

It was Balotelli’s 13th red card of his carerr, and he becomes only the second player in Europe’s top five leagues to have been dismissed in each of the past four seasons, alongside Monaco defender Jemerson.

The striker was shown a red in the 81st minute – which was just seven minutes after he was brought on as a substitute.

This was as he got shown a second yellow card moments after being booked for a high challenge on Fabio Pisacane.

The 29-year-old, who has scored five goals since joining Brescia in August, will now miss the chance of facing his former club this Friday.

Brescia are currently 18th on the table, and are set face AC Milan in a Serie A clash at home.