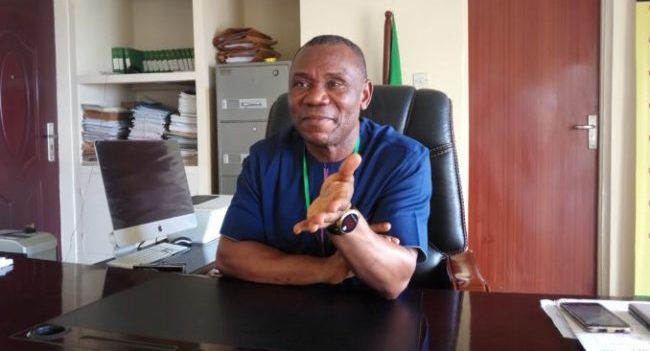 What could be termed as double loss befell the immediate past Resident Electoral Commissioner (REC) for Cross Rivers State, Dr. Briyai Oyeins Frankland on Tuesday.

The screening committee of All Progressive Congress (APC) disqualified him from participating in the August 29th primaries of the state.

He was allegedly disqualified for not being a card-carrying member of APC for up to one calendar year.

In its report addressed to the national Chairman of APC, the committee headed by Isa Song said only Briyai was not cleared after a thorough exercise .

The committee in the report signed by all its seven members said it conducted its exercise in line with guidelines and code of conduct of the APC.

It said the guideline stipulated that aspirants must have been card-carrying members of the party up to one calendar year, must show their original credentials and in the case of multiple declarations of age must harmonise same to avoid untoward situation.

The report insisted that the modalities adopted for the screening was the balloting of numbers one to seven, which was picked by each aspirant to determine the order for which they were called to appear before the committee.

“Each aspirant was asked questions relating to qualifications and conduct in line with both party constitution and election guidelines to contest for the Governorship Primary election under the platform of the APC”, the report said.

It added: “We also asked them to produce evidence of membership of the party, voters card and payment of the prescribed fees as well as the original copy of their credentials for sighting. The screening committee was empowered to screen aspirants for the governorship election for Bayelsa’

“Therefore, Dr. Briyai Frank land was not cleared and disqualifies on the ground of Section 3 paragraph ‘L’ of the guideline for nomination of candidates”.