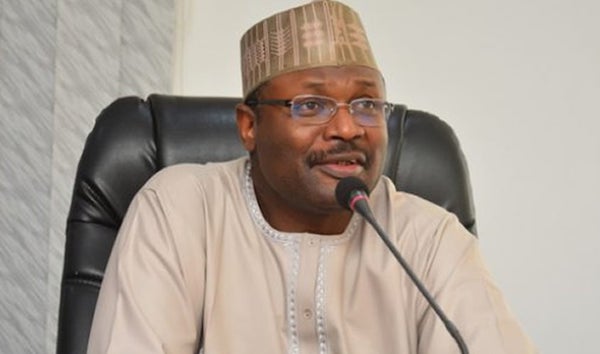 The Independent National Electoral Commission (INEC) Thursday announced its decision to publish the personal particulars of nominated candidates in the forthcoming governorship elections in Kogi and Bayelsa states.

The commission also disclosed that some of the candidates nominated by parties fell below the age limit set to participate in the polls.

They maintained that the particulars of all nominated candidates would be published on INEC notice boards in its offices in both states on Friday.

Under the “Not Too Young to Run Act”, candidates standing for governorship elections are expected to have attained the age of 35, but the commission said its preliminary review of candidates’ particulars showed a breach of the law.

“The publication of the personal particulars of nominees is for members of the public to make any claims and objections regarding these candidates, as required by law. Similarly, the Commission has observed from a preliminary review of the list and personal particulars submitted by the political parties that some of the Governorship and Deputy-Governorship candidates are below the minimum age prescribed by the Constitution for these positions”.

Although INEC no longer has legal powers to disqualify candidates legitimately forwarded to it by political parties, the electoral umpire said it would notify concerned parties and would also consider further action.

“The Commission will notify the concerned parties soon and subsequently consider further action”, the statement said.

The statement also added that, “in accordance with the Electoral Act and in line with the Timetable and Schedule of Activities for the Bayelsa State and Kogi State Governorship elections, the Commission will on Friday 13th September 2019 publish the personal particulars of nominated candidates for the elections.

“The personal particulars of the nominees will be published on the notice boards of our offices in Yenagoa and Lokoja. As required by law, the Commission monitored the primaries of the political parties and the list of aspirants who emerged has since been published on our website and other platforms.

“While some of the political parties that conducted primaries did not submit any list and personal particulars of candidates, a few failed to submit within the time limit prescribed by the Commission.

“The corresponding figures for Kogi State are 4 female and 45 male nominees.

“As we continue to prepare for the Bayelsa and Kogi Governorship elections scheduled for Saturday 16th November 2019, the Commission once more reminds the political parties of the timelines in the Timetable and Schedule of Activities and requests strict compliance with them.

“We look forward to working with the parties and all stakeholders to make the forthcoming elections in the two States free, fair and credible”.

Why I congratulated Buhari —Wike