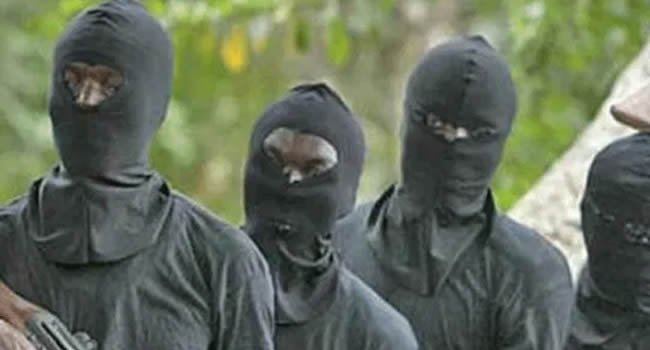 It was gathered that the bandits attacked the villages in the early hours of Wednesday and opened fire on the residents who were still at sleep.

According to reports, the gunmen first attacked Ungwan Maje village where they abducted 16 persons, said to be majorly women and children.

Also, the bandits were said to have later proceeded to the Ungwan Laka community where they killed a mobile police officer identified as Joshua Markus, who was said to be on a visit to his family from the Rivers State Command where he was serving.

It was gathered that the bandits, thereafter, kidnapped the wife and daughter of the slain police officer.

The incident was confirmed by the spokesman of the Kaduna State Police Command, Mohammed Jalige.

According to Jalige, security operatives are already trailing the bandits to arrest them and rescue the kidnapped victims.

Ripples Nigeria has reported that the spate of insecurity in Kaduna State caused by bandits, who attack villages and kidnap residents for ransom, has been on the rise.

Bandits had in the early hours of July 10, kidnapped the Emir of Kajuru, Alhassan Adamu, and 10 others Kajuru town, headquarters of Kajuru Local Government Area of the state.

Also, the bandits on August 26; kidnapped four persons in Zangon Shanu and Unguwar Liman in the Sabon Gari Local Government Area of Zazzau Emirate in the state.

The bandits had also in the past kidnapped hundreds of school children in the state and demanded ransoms, however, the governor of the state, Nasir El-Rufai had vowed never to bargain with bandits or pay them ransoms, saying it would only encourage them to continue their criminal acts.

Cost of cows may hit N2m in Lagos, as state moves to pass anti-open grazing bill