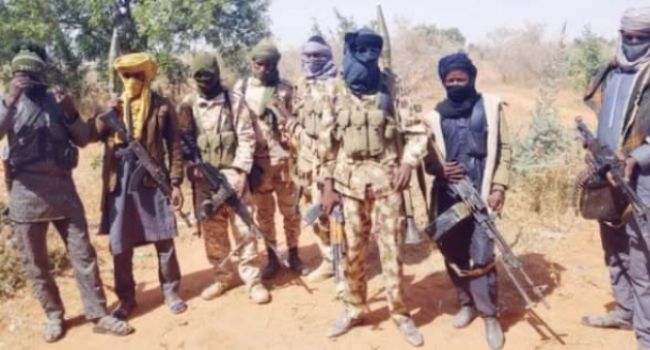 One person was reportedly killed and three farmers kidnapped on Sunday by armed bandits who invaded the Kurgin Gabas community in Birnin-Gwari Local Government Area of Kaduna State, the Birnin Emirate Progressive Union (BEPU) has reported.

The Union, in a statement made available to Ripples Nigeria on Monday, said several communities in Birnin-Gwari have been taken over by bandits since September 1 and have blocked the Birnin-Gwari-Funtua Highway, confiscated over 30 vehicles, including big trucks as well as collecting ransom and levies from the people.

The statement signed by the Chairman of BEPU, Ishaq Usman Kasai, also said that many of the travellers abducted were yet to be released.

“Another disturbing scenario is that the bandits have carted away all the goods contained in the trapped vehicles and people were forced to pay huge amounts of money ranging from N300,000 to N1 million in order to retrieve their trapped vehicles,” the group lamented.

It added that the bandits charged the vehicle owners depending on the size and nature of the vehicles.

“BEPU is therefore appealing for mobilisation of troops to ensure opening of Birnin-Gwari-Funtua Road and for retrieval of the trapped vehicles unconditionally.”

Attempts to get a confirmation from the Kaduna State Police Command’s spokesman, DSP Muhammad Jalige, proved abortive as calls to his phones were not responded to at the time of going to press.