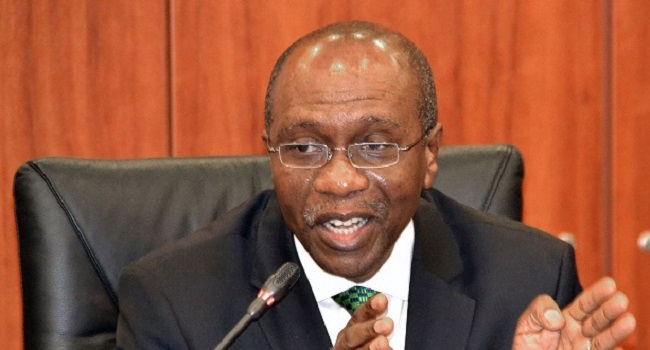 Banks in Nigeria face higher borrowing costs and a monumental threat to revenues as the Central Bank of Nigeria (CBN)’s policies to bolster the naira creates a liquidity squeeze for lenders currently battling the adversities of the coronavirus outbreak and the oil price slump, Reuters said on Tuesday, quoting analysts.

Nigerian banks have gained an understanding of how to ride through turbulent times in an economy that has long grappled with dollar shortfall and multiple exchange rates.

Yet, the possibility of weak growth, lower remittances, shrinking oil money and dearth of foreign exchange worsened by the regulator’s latest move to cap naira liquidity and speculation are straining lending and bank’s asset quality.

The CBN has mopped up about N900 billion out of the banking system following an upward review in January of the Cash Reserves Ratio (CRR) by 5% to 27.5%.

‘General sentiment in the markets is that CRR debits are carried out quite close to FX auctions to prevent the banks from presenting large ticket FX demands at auctions,’ said Nkemdilim Nwadialor of Tellimer Capital.

She said the debits equally stand in the way of bigger lending, out of line with the CBN’s actions targeting the reduction of banks’ loan to deposit ratios.

Statistics by the apex bank showed private sector credit in April plummeted by around two-thirds from the end of last year.

Senior Director EMEA bank ratings at Fitch, Mahin Dissanayake said ‘banks are dealing with slow growth, fall in lending, a lack of forex in the market and asset quality issues.’

Disannayake sees a 20% fall in bank’s revenues in 2020 although he does not envisage loss by any of them.

A number of lenders have disclosed they expect a hit. Fidelity Bank stated in April this year’s profits would fall by 15%.

Bank workers said lenders were looking on to current customers to deal with the situation as fresh exposure seemed uncertain given the possibility of Africa’s biggest economy slipping into recession.

Fitch anticipates impaired loan ratios to leap dramatically this year, Nigeria banks the most susceptible to pressure in the oil sector relative to their counterparts in other emerging markets.

Nwadialor envisaged a reasonable increase of non-performing loan ratios from 6.6% in the first quarter to an average of 10% for the whole year, two times the CBN’s standard.

A couple of banks have revealed plans to handle it. FCMB proposes to achieve a restructuring of 50% of its loan portfolio at April’s end. An official of the CBN forecast in June that banks would restructure more than one third of their loans.

Moody’s observed in a note that dollar shortfall would escalate in the next 12 to 18 months, a time 49% of bank’s $7 billion foreign-currency borrowing expires, making them vulnerable.

“Foreign currency borrowing will be more expensive at a time banks must refinance almost half of their borrowings,” pundits at Moody’s said.