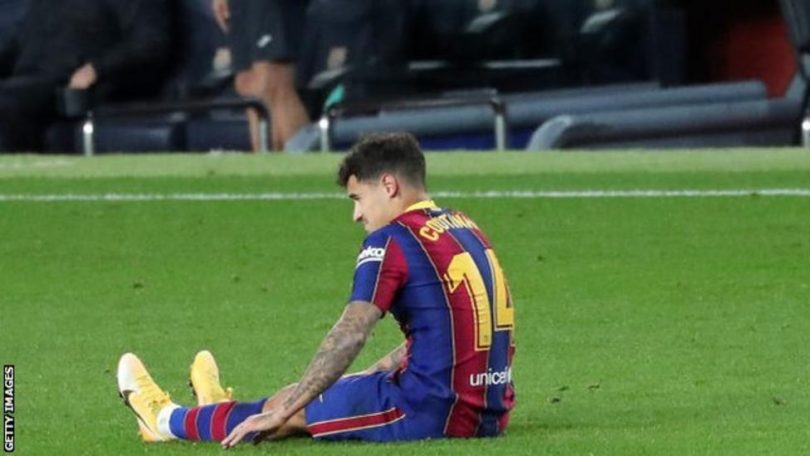 Barcelona midfielder, Phillippe Coutinho is set to be out for three months after undergoing surgery following a knee injury.

The 28-year-old Brazil international required the surgery after limping off late in Barca’s 1-1 draw at home to Eibar last Tuesday.

“Coutinho has undergone a successful operation on the external meniscus of his left knee,” Barcelona said in a statement.

“The verdict is that he will be out of action for approximately three months.”

Coutinho, who spent last season on loan at Bundelsiga giants Bayern Munich, has made 14 appearances for Barcelona this season.