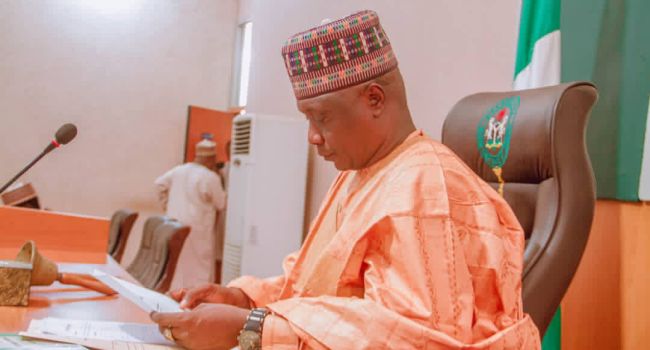 The Bauchi State House of Assembly has adopted a motion calling on the State Government and management of Bauchi State University, Gadau, (BASUG) to as a matter of urgency pull out of the lingering ASUU strike.

The Assembly adopted the motion following the presentation of the motion by the member representing Ganjuwa East, Gazali Abubakar Wunti calling on the concerned authorities to immediately reopen the University and call back staff and students to school for continuation of the 2020/2021 academic session.

While leading debate on the motion, Gazali Abubakar explained that the strike embarked upon by ASUU had negative effects on students, parents, lecturers and entrepreneurs that have their sources of income rooted in the various campuses.

He added that students had been psychologically depressed and lost hope in Nigeria’s western education system.

According to the member, Bauchi State is one of the Educationally Disadvantaged States with a whopping 1.2 million out of school children from the 10.5 million in the whole country.

He therefore opined that such industrial action would have negative effects on the state, saying that Nigerians no longer have faith in the struggle, they are against ASUU’s unwarranted interest to accept government’s offer of take-it-or-leave-it.

According to him, “Nigeria as a Federal state has 3 tiers of government. The three tiers work independently but it is in the nation’s interest to have mutual understanding and work concurrently. It is therefore unreasonable for the State University to continue on that lane.

“Let’s be honest, there is only so much that a group of patriotic citizens can do in defence of a public that does not appreciate their struggle. Because they are not super humans, lecturers are bound to throw in the towel at some point if the government continues with this war”, he added.

Gazali Abubakar further said that, “However the State University had continued to benefit from Federal Government intervention such as TETFUND, NEEDS Projects which are all as a result of the ASUU’s struggles, but it calls for deeper reflection when it seems like they are going too far.”

The Lawmaker further stated that the State Government has no line of disagreement with the employees of the University, hence it is highly uncalled for to continue going on that cause because it is affecting the state.

He called on the State Government as a matter of urgency and grievous concern to intervene in the worrisome situation and put an end to it.

Abubakar Gazali also called on the Management and staff of the University to have the interest of the state at heart and do the needful by reconsidering the position of the University on the ongoing protracted strike.

He finally prayed that the State Government and the Management of the University should sit down with ASUU Chapter of the University to request them to pull out of the lingering strike, reopen and call the staff and students back to school to continue their academic activities

In his contribution, the Speaker, Abubakar Y Suleiman said that the motion was important and timely especially for the fact that it affects everybody in the state.

Also, the Deputy Speaker, Hon Danlami Ahmed Kawule said that the motion came at a right time and need serious attention, saying that the lawmakers want to see the University reopened.

He further said that the University is funded by Bauchi State Government, hence there is no reason ASUU of the University will continue with the strike.

Minority Leader, Bakoji Aliyu Bobbo representing Chiroma Constituency said that the University is being funded by State government therefore the solidarity strike should be ended.

After the long debate on the issue, the House unanimously adopted the prayers of the motion as amended.

Makinde vows to continue fighting for relevance in PDP