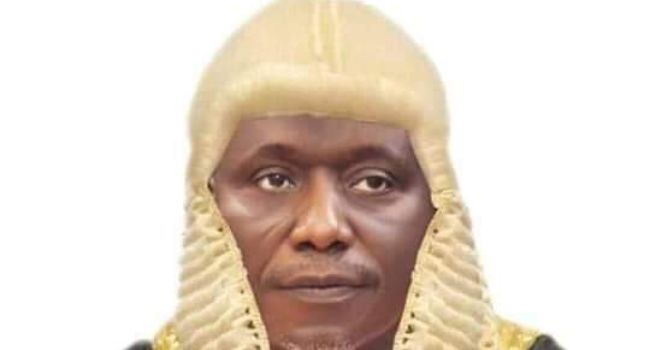 Another faction in the ongoing leadership crisis rocking the Bauchi State House of Assembly has declared its support and loyalty to the embattled Speaker of the Assembly, Abubakar Y Suleiman, saying he remains the Speaker.

Speaking on behalf of the members loyal to the Speaker, member representing Kirfi, Abdulkadir Umar Dewu called on people of the state to remain calm, maintaining that Abubakar Sulaiman remains the Speaker of the House assuring that nothing will happen to him.

Speaking in Bauchi late Wednesday evening, he said that “It’s not true that 22 members of the Bauchi State House of Assembly passed vote of No confidence’ on leadership describing the claim as untrue.

Dewu was responding to reports that 22 members recently sat and passed a vote of No confidence on the leadership of the House, asking it to resign honorably or get impeached.

He expressed concerns on the allegations made by the 22 members of the Assembly boasting that those behind the plot will never get the constitutional required number to execute their plans.

According to him, “The assertion made by the members on the alleged claims that 22 members out of the 31 members of the Assembly have signed a letter calling for the resignation of the Rt. Speaker of the Bauchi state assembly, Abubakar Y. Sulaiman and the other Honorable members of the house came to me as a surprise”.

He explained that, “It came to me as a surprise and I was a little bit confused when I heard about it. All I know is that the Bauchi State House of Assembly comprise of 31 members of which I know 9 of us are presently in Saudi Arabia for Hajj and one of us went to Jerusalem for Christian pilgrimage and I think he only came back yesterday”.

The Lawmaker who explained that a lot of members are not with the aggrieved ones, wondered how and where they came up with that number.

Umar Dewu further explained that, “The House has a total of 31 members, 9 are in Saudi Arabia, one went to Jerusalem and the 20 of us that are not with them are around and they are claiming that they have 22 members with them” .

“So it’s surprising and actually I want to tell the world that people should understand that there is something that may be they are trying to achieve by making that kind of claim”, he added.

“So, as far as I am concerned, the number they are claiming of having is not true and it’s not realistic, so, that issue of 22 honorable members signed an impeachment notice against the speaker of the Bauchi state assembly and other leaders is not true, it’s not realistic. I am not with them and it’s something that we have to tell the world that it’s not true”, Hon Dewu further argued.

On allegations regarding Hajj seats ,Umar Dewu noted that it was something that is a privilege and not a right for government to allocate Hajj seats to members of the Assembly or any other citizen.

“If they talked about Hajj, is it a right or a privilege? You have to understand that. Is that a right? It’s not a right, it’s a privilege, go and check the relevant laws, most especially from the revenue mobilization and physical Commission, go and check, is there any provision that the state government should give honorable members Hajj seats? Let the people check, there is no any provision on that, it’s just a privilege”, the Lawmaker stressed.

He said that issues relating to Hajj is not peculiar to Bauchi alone, adding that he read in the papers that over 1000 intending pilgrims from Kano missed the opportunity to go to Saudi Arabia for this year’s Hajj.