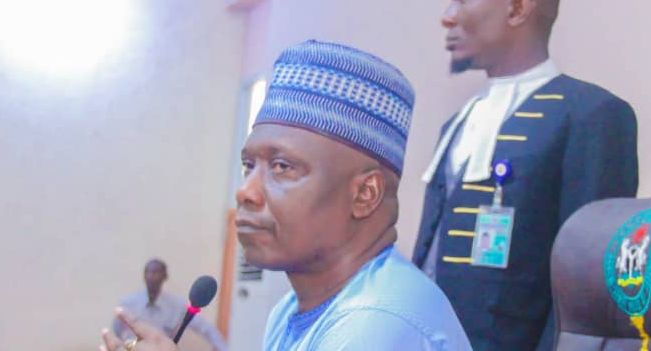 The Bauchi State House of Assembly has resolved to remove the Fire Service department from the Ministry of Works and Transport to the State Emergency Management Agency (SEMA) which is under the office of the Executive Governor for quick response.

The move it said, is to curb rampant fire disaster incidences across the state which have claimed innocent lives while valuables worth several billions of Naira have been lost,

The resolution was taken during plenary on Wednesday after a motion to that effect was brought under matters of urgent public importance by the Majority Leader of the House, Tijjani Muhammad Aliyu representing Azare/Madangala on the sorry situation caused by many fire outbreaks in the state.

While leading debate on the matter, the Majority Leader explained that the entire State is experiencing many fire incidents in recent times saying that one of the cardinal responsibility of government is to protect lives and property, but management of fire services is becoming very unfortunate in the state.

According to him, the only place where fire service is functional is in Bauchi Metropolis because of the availability of fire fighting machines in the Federal Polytechnic and Abubakar Tatari Ali Polytechnic (ATAP) .

The Majority Leader stressed that, “Fire safety is in sorrowful situation in Bauchi State. The Honourable House has deliberated many times about this matter but nothing is done to assuage that situation” .

He added that, “I get a lot of criticisms from my constituents because there is no single functional fire service machines in the Constituency and there are many fire incidents happening in the town” .

“Even last week there was fire outbreak at Central Motor park in Azare and nothing is done. Same story in Bauchi Metropolis, many fire incidents. We have made efforts to get government do something about the situation but nothing is done.” The Majority Leader narrated.

Tijjani Aliyu therefore urged the House to see reasons to ask the government to do something urgently because it is its responsibility to do so.

He also said that many developmental works are going on in the State but nothing is done in part of fire fighting and the fire service equipments needed will not gulp even ten percent of the monies being spent in the projects being executed by the government.

In his response, the Speaker, Abubakar Y Suleiman commended the Majority Leader for moving the motion which he said was very important because fire incidents are becoming rampant in the state.

“As I am coming to the office today, I saw vehicle burnt to ashes around Ramadan Press. I believe if we have functional fire service system, the damage would not reach that level”, he narrated.

He added that with the Bill passed by the Assembly to make fire service under State Management Agency (SEMA) instead of Ministry of Works and Transport, the matter of fire incidents will be reduced because this is the practice everywhere in the world.

Also contributing, Yusuf M. Bako representing Pali Constituency attributed so many fire incidents in the State to hoarding and storing of petroleum products in houses, offices and shops by some individuals.

He added that the nature in which structures are built, one attached to other, is also contributing in serious damages during fire incidents in the State, he therefore advised that people should take precautionary measures.

On his part, Musa Wakili Nakwada representing Bogoro Constituency suggestted that what needed to be done should be done, government should be advised to purchase the fire fighting vehicles.

According to him, with the machines, the incidents will be controlled, saying most vehicles in the State fire service department are grounded advising that Government should purchase fire fighting vehicles and place them in the major cities of the State.

The House unanimously approved the motion while the Speaker said that looking at the urgency and importance of the matter, as against the tradition of the House in which the Clerk signs resolutions, he will personally sign the resolution and take it personally to the Executive Governor of Bauchi State Senator, Bala Abdulkadir Mohammad for prompt action.