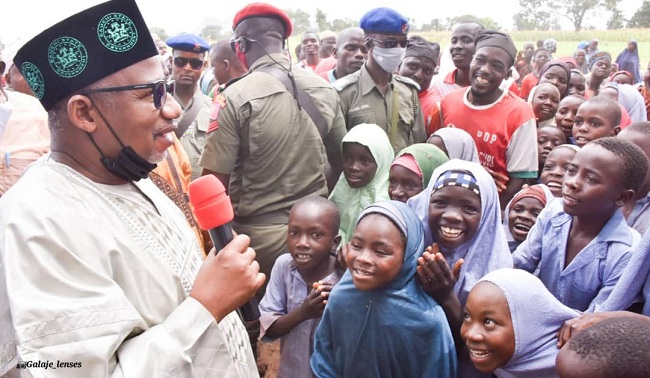 Worried by the lack of infrastructure which is hindering effective teaching and learning, Bauchi state Governor, Sen Bala Mohammed Abdulkadir has directed that blocks of classrooms should be constructed in Dajin Community of Tafawa Balewa local government area.

The Governor who gave the directive on Monday while on a working visit to the area, further directed that by the time he goes back in the next two weeks, significant progress must have been made on the project.

Bala Mohammed said that the action became necessary in order to discourage teaching and learning as well as the provision of educational activities under the tree in the area.

Bala Mohammed who made this known while inspecting the unfavorable condition of teaching and learning in the area said that the project must commence and make significant progress within two weeks time.

He also informed the community that the State Government has included the area in the proposed rural road construction across the state when the state secures a World Bank Intervention for Rural Community Development.

The Governor further assured that his administration is more than ever before determined to improve the quality of lives of people in both urban and rural areas.

One of the community leaders, Bala Maihoto Dajin who spoke to the governor noted that lack of educational infrastructure was the main reason discouraging the enrollment of children into schools in the area.