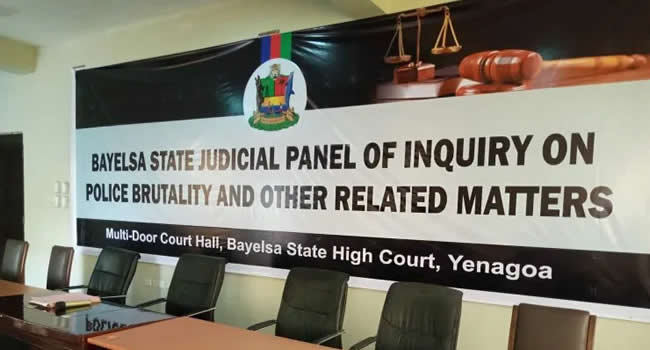 The Bayelsa State Panel of Inquiry on Police Brutality and Other Related Matters investigating extra-judicial killings by the police during the #EndSARS protests last year, has awarded N16m against the police for the killing of a 17-year-old boy, Innocent Kokorifa, who was killed in Yenagoa, the state capital.

The teenager who was the son of a Federal Road Safety Corps (FRSC) official, Daniel Kokorifa, attached to the Rivers State Command, was reportedly killed by a trigger-happy police officer in August 2016.

The father of the deceased, a native of Okpotuwari in the Southern Ijaw, Ijaw local government area of the state, had in his petition submitted on Saturday, numbered BYS/JPI/012/2020, prayed the panel to also consider the sum of N6m incurred since the brutal murder of his son.

While ruling on the petition, the chairman of the panel, Justice Young Ogola (Rtd), awarded Kokorifa the sum of N16m in temporary compensation against the police.

“There is no compensation for what was pronounced as vicarious liability or so, nothing that the policeman, who committed the crime, has already been sentenced to death, can say in his defence,” Ogola remarked during the judgment.