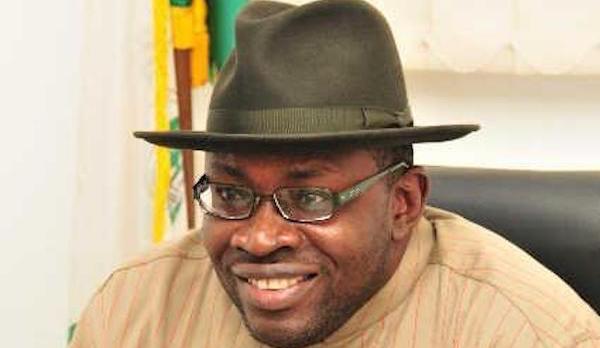 This comes amid speculations that the former President had not been particularly pleased with the manner in which he had allegedly been sidelined in the choice of candidates for the gubernatorial election.

He said the presentation was to show the “high respect” he had for the former president both as person and as a leader.

A statement by his Chief Press Secretary, Mr Fidelis Soriwei, quoted the governor as disclosing this when the Ogbia Restoration Caucus visited him for an interactive session on Sunday.

He said the presentation would take place at the earliest convenience of the former President.

Meanwhile, Governor Dickson also on Sunday expressed optimism that Diri was going to emerge the winner of the November 16 governorship election in the state.

The governor expressed this when he led prominent personalities to observe his valedictory state annual thanksgiving service.

His Chief Press Secretary, Fidelis Soriwei, said in a statement that the governor spoke at the Ecumenical Centre, Igbogene, Yenagoa.

Dickson, also said that he believed that God would not allow people who did not mean well for the state to assume power.

Justice Iheme’s abduction, ‘saddest reminder of a beleaguered nation in the asphixiating throes of death’ —Ozekhome