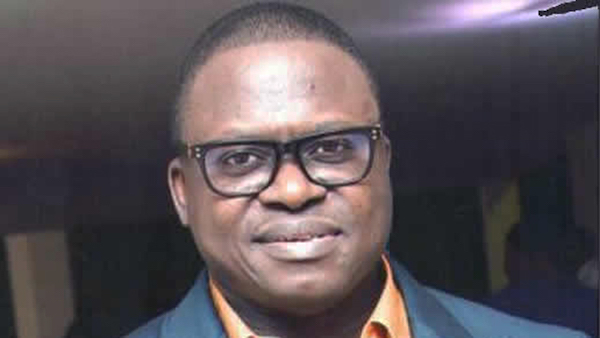 The desire of the national headquarters of the Peoples Democratic Party (PDP) to form a united front ahead of the November 16 governorship election in Bayelsa State is being threatened.

This is as the State Chairman of the party, Moses Cleopas and an aspirant on the platform of the party, Timi Alaibe have continued to be at each other’s throats, exchanging hot words.

It would be recalled that the National Working Committee (NWC) of the PDP recently set up the Senator Bukola Saraki peace committee to broker peace within the Bayelsa State chapter of the party with frontline governorship aspirant, Chief Ndutimi Alaibe over the outcome of the September 3 governorship primaries.

The seeming break down of reconciliation moves followed a scathing statement by Cleopas, where he blamed Alaibe for some defections that has rocked the party.

Cleopas, who dismissed the defectors as “passive members of PDP”, said in a statement on Saturday that the party was not under any threat from the All Progressives Congress (APC).

According to him, the PDP as a party was stronger and more united as shown by the massive crowd of party supporters that have been attending its rallies across the state.

He further insisted that the supporters of Alaibe whose original motive was to support him on the platform of the ADC but were readmitted into the PDP with him in November were the ones leaving for their party.

“Alaibe’s supporters whose original objective was to support him on the platform of the ADC came to fight within the party and these are the purported party leaders who are leaving. “They all came with him from the APC in November last year,” he said.

Reacting, the Special Assistant to Alaibe, Mr Enize Ogio, in a statement titled ‘Stop Further Self- Destruction,” said Cleopas “unreservedly lied to the public” when he blamed his principal for the defections PDP had suffered ahead of the November 16 governorship election.

According to Ogio, Alaibe resisted pressures from all quarters to leave the PDP, noting that instead of Cleopas and his sponsors to apologise for conducting a procedurally-flawed primary election “they are busy grandstanding and looking for who to blame.”

“It is sad to note that at a time the national headquarters of the PDP has set up a committee to reconcile and bring aggrieved members of the party back to the political family after the defective primary election, the party leadership in Bayelsa State is embarking on further self-destruction -just three weeks to a crucial governorship election – by bandying falsehood against someone who could reinvent and mobilise the people against the already anticipated failure of the party at the poll on November 16.

“It should worry every member of the PDP that Chief Cleopas, instead of burying his head in shame that the party he was elected to lead is disintegrating under his watch, is noisily going about advertising his glaring incompetence by attacking someone whose public service records and leadership qualities are far beyond his imagination”, Ogio said.