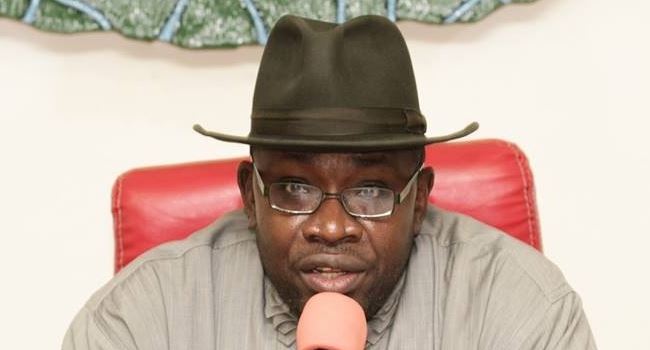 The Peoples Democratic Party Youth Network (PDPYN) in Bayelsa State has reacted to the purported meeting between Governor Seriake Dickson and the Minister of State for Petroleum Resources, Mr Timipre Sylva.

The state’s ruling party youths refuted the report and claimed that it was the handiwork of “disgruntled characters of the All Progressives Congress (APC), who are battling to divert attention from the challenge of marketing a gubernatorial misnomer as their candidate in Bayelsa.”

Reports had claimed that the outgoing governor, a PDP member, had met with Sylva, a member of the All Progressives Congress (APC), to solicit for his support for the candidate of the PDP in the forthcoming governorship election in the state.

But in a statement this weekend, PDPYN secretary-general, James Oputin, said the alleged meeting was the figment of the imagination of some politicians who were scared of the “growing internal cohesion within the PDP.”

Insisting the meeting was “false story”, Oputin added that it targeted at maligning the leadership of the PDP in the state and to put doubts in the minds of the party’s supporters ahead of the November 16, 2019 governorship election in the state.

According to him, Governor Dickson had no reason to seek the support of Sylva or any APC leader in the state for PDP to emerge victorious in the election.

Northern leaders insist presidency must remain in north in 2023