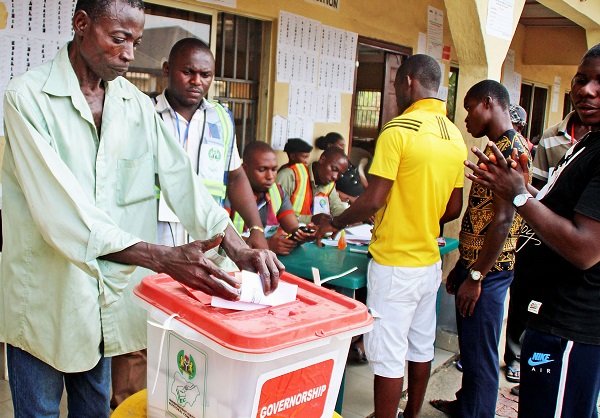 Women Arise Group, an Independent National Electoral Commission (INEC) accredited observer for the House of Assembly election in Bayelsa State, has said that voting did not take place in the seven wards of Nembe-Bassambiri in Nembe Local Government Area of the state.

The observer group, while speaking to journalists in Nembe Saturday afternoon, after monitoring the House of Assembly elections in the state, said they moved around various wards and discovered that there were no elections in seven wards under Constituency 2 and 4, 5, 6, 7, 11, 12 and 13 all in Nembe- Bassambiri.

The group also stated that the polling units in the aforementioned wards were all deserted and there was no presence of INEC officials nor party agents.

“Our findings revealed that the materials meant for the affected units were diverted to an unknown destination.

“It was also learnt that members of one of the political parties, including their candidates, were prevented by thugs from entering the community.

The group appealed to INEC to take a critical look into the situation in the area, especially the acts of thuggery and violation of the Electoral Act, adding that most voters in the area were disenfranchised as a result of the violence unleashed by some political thugs.

Related Topics:bayelsaNewsnigeria newspapers
Up Next