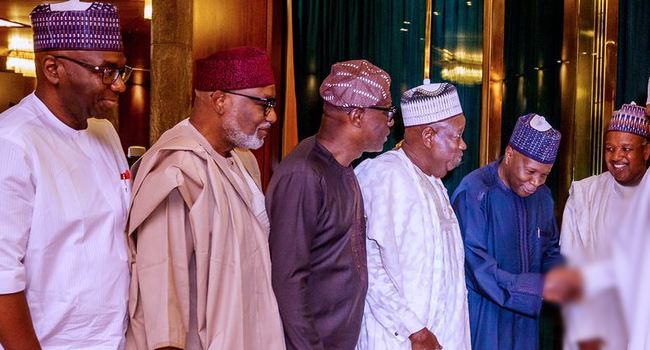 Ballooning debt portfolio, a penchant for committing funds to expenditures that are not capable of delivering utilitarian value and absence of a shrewd fiscal planning have set Nigerian states on course for a fiscal crisis, advocacy group, BudgIT said on Thursday.

A majority of the states rank below the group’s sustainability point, with Bayelsa, Osun, Ekiti and Plateau taking the bottom rungs of the fiscal sustainability ladder, the movement’s 2020 States’ Fiscal Sustainability Index shows.

Rivers, Anambra, Ogun and Lagos, lead the index in that order.

Thirteen states on BudgIT’s index were not capable of funding their recurrent expenditure alongside their debt repayment with their total revenues.

Eight of the rest 23 states that could meet their loan repayment and recurrent expenditure commitments had pretty low revenue left, forcing them to resort to borrowing to finance capital projects.

The most adversely affected in this class were Zamfara, Ondo and Kwara, which had excess income of N782.45 million, N788.22 million and N1.48 billion in that order.

“Recurrent expenditures are not necessarily a bad thing, especially when skewed towards sectors like Health and Education. However, 9 of the states in this category had overhead costs that were larger than their capital expenditures. These states are Ekiti, Kogi, Kano, Plateau, Kwara, Nasarawa, Taraba, Adamawa and Benue,” Abel Akeni, BudgIT’s Research Research Lead.

“To achieve fiscal sustainability, states need to grow their IGR as options for borrowing are reduced due to debt ceilings put in place by the Federal Government to prevent states from slipping into a debt crisis. There has to be a shift from the culture of states’ overdependence on FAAC,” said Damilola Ogundipe, BudgIT’s Communications Lead.

Bayelsa, Borno and Katsina are projected to bear the biggest weight of declining revenue as they relied on the federation account for 89.56%, 88.30% and 88.16% of their total revenues respectively in 2019.

Kano govt reveals why it is yet to reopen schools