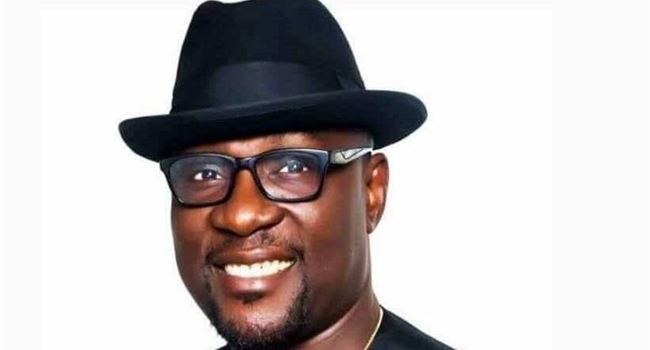 The Bayelsa State House of Assembly Speaker, Tonye Emmanuel Isenah is said to have declared his readiness to exit his position.

It was learnt that Isenah made his decision known in a resignation letter on Friday, where he indicated that he would officially quit as the assembly’s speaker during the House plenary on Monday, September 30.

It was gathered that Isenah’s decision to quit the position was due to pressure some Peoples Democratic Party (PDP) leaders in the state mounted on him.

The party leaders were said to have insisted he must resign before the November16 governorship election in the state or be forced out.

The PDP leaders decision was based on an alleged agreement they reached with the embattled speaker before the party’s governorship primaries.

The outgoing governor, Seriake Dickson and the leaders of the party were said to have agreed with Isenah, that he would vacate his office should Senator Douye Diri, who is from his Kolokuma-Opokuma Local Government Area, become the candidate of the PDP for the election.

After Diri emerged as the party’s governorship candidate, Isenah was to vacate his position to a lawmaker from Southern Ijaw so that the party can win more votes from the council.

But Isenah, after an initial refusal to resign, it was learnt, finally decided to quit the position so that he would not be blamed should the PDP lose the forthcoming governorship poll.