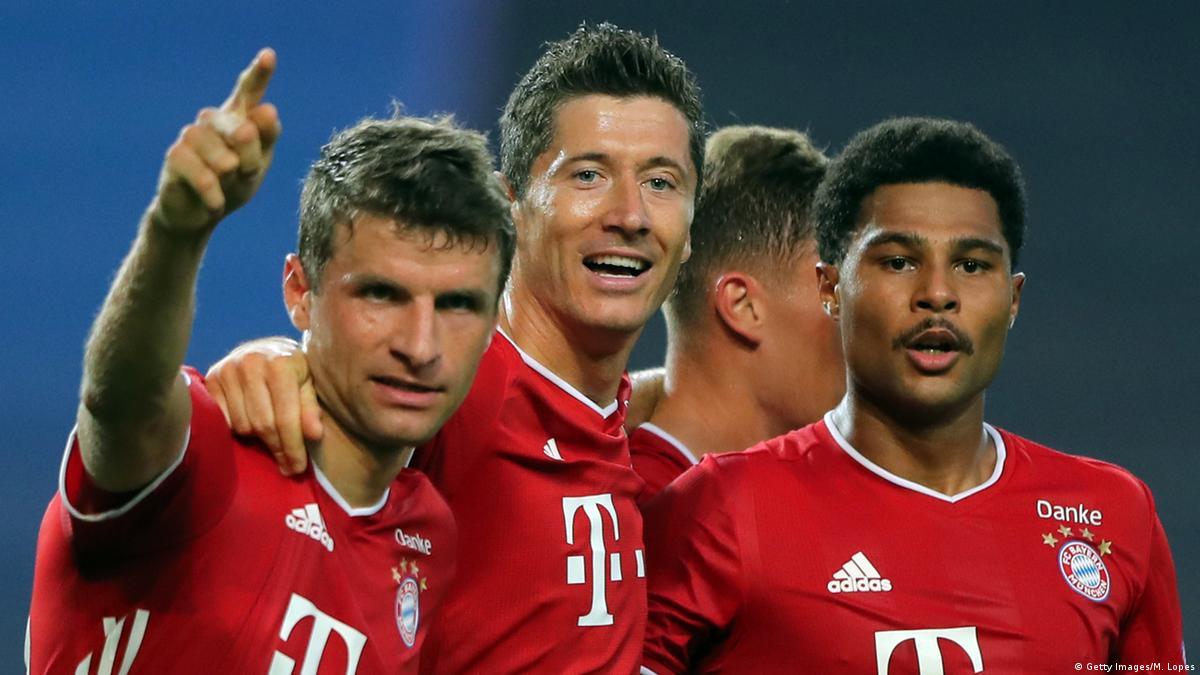 Bayern Munich have emerged champions of the German Bundesliga for the ninth consecutive season after results at the weekend went their way.

Bayern, who could have clinched the title with a win over Monchengladbach later on Saturday, did not have to wait till then as second-placed RB Leipzig failed to win.

Leipzig, who started the day seven points behind the leaders with three games left, suffered a 3-2 defeat to Dortmund.

Read Also: Nagelsmann to replace Flick as Bayern manager at end of season

Jadon Sancho doubled the lead after Marco Reus got the first goal.

Lukas Klostermann and Dani Olmo made it 2-2 before Sancho’s winner sealed victory for the hosts and also ensured triumph for Bayern.

Dortmund’s win has lifted them to fourth spot and kept alive their chances of qualifying for the Champions League as the season is fast drawing to an end.

Related Topics:bayernBundesligaDortmundgermanyRB Leipzig
Up Next