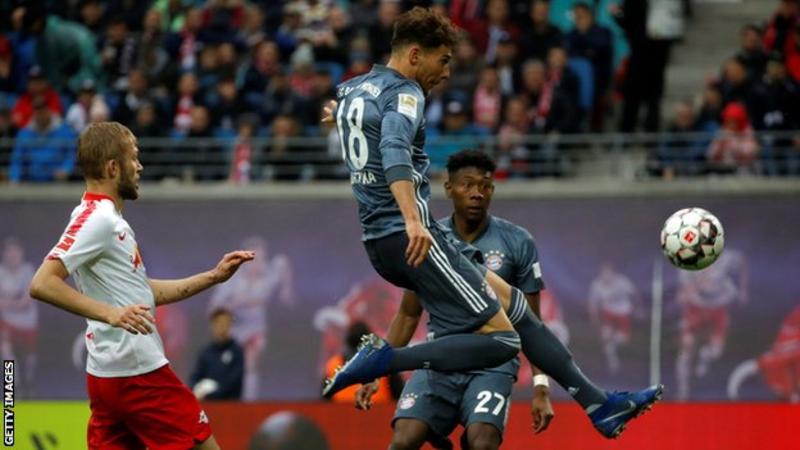 The German Bundesliga title race would have been decided on Saturday had league leaders, Bayern Munich won at RB Leipzig, but they played goalless.

The champions missed the chance to reclaim the title a seventh consecutive Bundesliga time.

With one game left, Bayern now need just a point to emerge champions of Germany again.

Read Also: ‘Playing for Man Utd has been a true honour’ – Herrera to leave at end of season

Second-placed Borussia Dortmund, who beat Fortuna Dusseldorf 3-2 also on Saturday, keep their hopes alive, and would need results to go their way in the final day.

They host Eintracht Frankfurt next weekend, while Dortmund travel to Borussia Monchengladbach for the final day showdown in Germany.