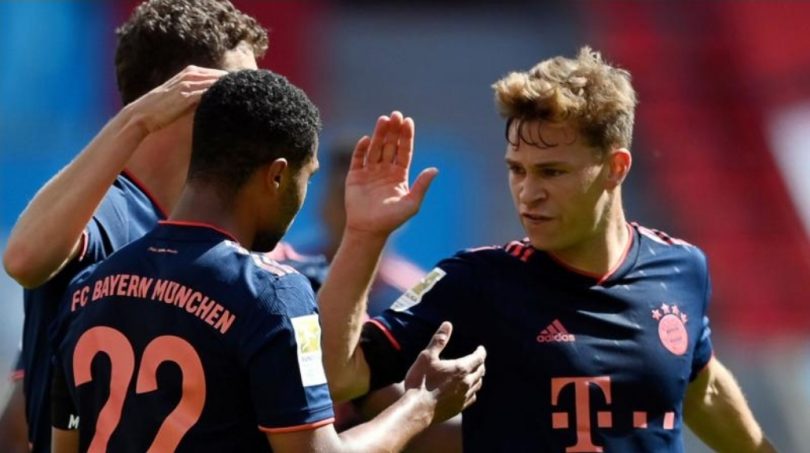 Bayern have four games left to play in the topflight this season, and two wins are enough to hand them the title they have been lifting since Dortmund last won it in 2011/12.

Bayern have lost just one game in their last 21 matches in all competitions, and they trailed at Leverkusen before fighting back to secure all three points.

Robert Lewandowski then headed in his 30th league goal of the season, before Florian Wirts reduced the deficit late in the game.

Second-placed Borussia Dortmund maintained their slim hopes of overhauling Bayern and winning the title by edging a 1-0 victory over Hertha Berlin earlier on Saturday.

Ex-Liverpool midfielder Emre Can scored for the hosts.

Bayern will play against Borussia Monchengladbach next Saturday, with Lewandowski to be absent as he was shown a yellow card at Leverkusen.