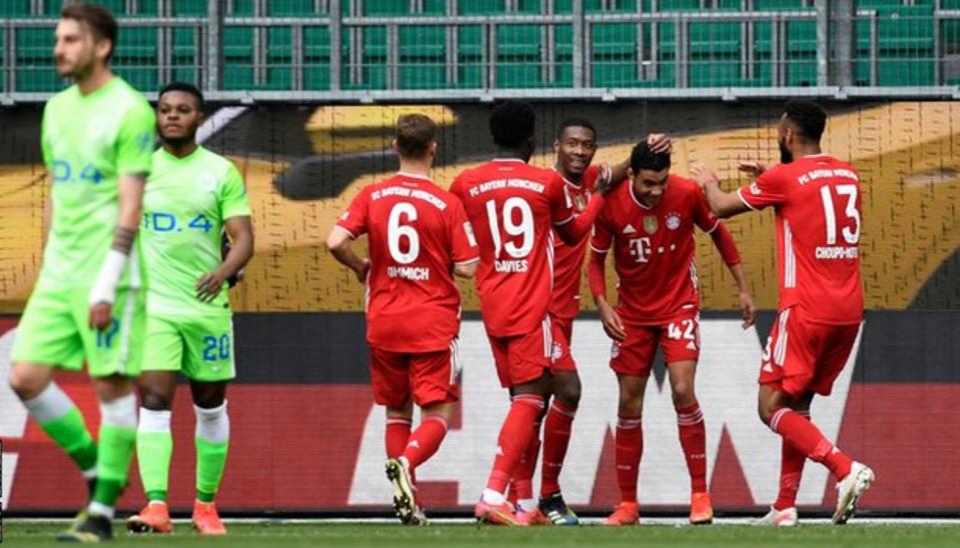 Bayern Munich bounced back from their defeat to Paris Saint-Germain on Tuesday with a victory over Wolfsburg in a Bundesliga thriller.

Bayern, six-time European champions, were knocked out of the competition in the quarterfinals by their last season opponents in the final.

The defending champions lost the first leg of the tie 3-2 at home but were able to secure a 1-0 win in Paris, which was not enough.

Saturday’s victory over third-placed Wolfsburg to stretch their Bundesliga lead to seven points.

The champions put up a fine performance in an entertaining game away, to win 3-2, with Jamal Musiala and Eric Maxim Choupo-Moting scoring.

Musiala scored again to bag a brace in the game, while Wout Weghorst and Maximilian Philipp were scorers for the home side.