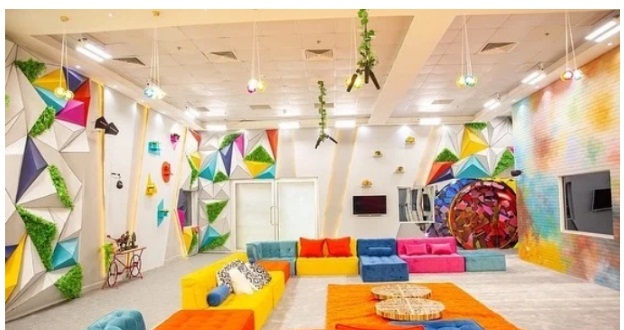 On Sunday, October 3, the Big Brother Naija Shine Ya Eyes edition will be coming to a conclusion. The winner of the competition will be going home with the grand prize worth N90 million.

There are six contestants vying for the grand prize; two were reintroduced into the competition on Monday, September 27 following a controversial eviction show a day prior.

Ripples Nigeria reported that fans of Pere took to the streets to protest after he was squeezed into a play-off challenge against 21-year-old fellow contestant, Angel Smith. Pere garnered higher votes than Angel, hence, the play-off was needless.

The controversial play-off almost marred the image and brand of Big Brother Naija as several netizens accused the organizers of nepotism, favouritism and engaging in shady business. Viewers vowed to boycott the next edition should they not fix it up as soon as possible.

The organizers of the show fixed the ‘almost’ impending doom with immediate effect, pushing Angel and Pere back into the main house.

This week in the competition, there wasn’t much responsibility bestowed upon the housemates. They are simply excited to be amongst the finalists, it has been a rollercoaster couple of months for the contestants, they gave Nigerians something to talk about. A moment of laughter, a minute of madness and a split second of bizarre behaviour; nobody knows what to expect, it’s a reality show that often lives up to its hype.

This coming Sunday, WhiteMoney, Liquorose, Pere, Emmanuel, Cross and Angel will stand before the television anchor, Ebuka Obi-Uchendu with their hearts in their mouths to know their fate.

Let us check out the contestants that will be looking to emerge champion on Sunday night.

Emmanuel came into the Shine Ya Eyes competition at a slow pace. Several viewers predicted that Emmanuel will leave this show early, unfortunately, they were all wrong. He is still in the competition living his best life and enjoying the warmth of friendship and relationship with his love interest, Liquorose.

He is the current head of house and has fascinated the audience with his calm, soothing and lover boy personality.

Will Emmanuel win the grand prize on Sunday?

Emmanuel was never a favourite from day one, however, he has established himself as an interesting character in the house. This does not translate to him winning the competition, but it would be interesting to see which position he finishes.

Emmanuel’s heartbeat, Liquorose is one of the two major contestants viewers have predicted to win the competition. Her fanbase is one of the strongest in the competition, hence, she stands atop of others. Prior to coming into the Big Brother’s House, Liquorose already gained prominence on social media, especially on Tik Tok, Instagram and YouTube.

Once again, it is safe to say Liquorose is a leading contender.

Can Liquorose become the second lady to win Big Brother?

Fingers crossed, Sunday is only several hours from today. Businesswoman Mercy Eke made history in 2019 when she became the first woman/lady to win Big Brother Naija. It would be interesting to see another talented woman win the competition.

There are still arguments about Angel’s qualification for the grand finale of the Big Brother Naija Shine Ya Eyes edition, however, it doesn’t matter. Angel is in the finals and there is nothing stopping her right now.

Angel, the youngest contestant in the history of the competition, has continued to challenge the status quo with her maverick personality and liberal ideology about life. Aside from entertaining viewers, Angel has continued to stay true to herself.

She is the first contestant to unapologetically speak about mental health. She made sure fellow contestants understand that her being in the house was not just a form of escapism but a way to reach out to several others who are trying to figure out the purpose of their lives.

Where will Angel finish on Sunday?

Angel is not going to win the competition. She is not necessarily a ‘fan favourite’, she is simply an exciting persona that adds flair and excitement to the competition.

She might end up as second runner-up, she is not likely to win the grand prize. There will be no fairytale story for the 21-year-old reality star on Sunday.

Pere has a strong fanbase. This became apparent on Sunday, September 26. He is the guy that everyone loves to hate, however, he brings balance to the show with his stern personality and masculine aura.

If Big Brother Naija was a movie, Pere would be the antagonist or the antihero at best. He is not the traditional goody-two-shoes fan favourite, but he exudes an aura that the fans always want to perceive.

Nobody likes him because they understand that he is as cunning as a fox, he is cold and calculative, he is a player and Big Brother Naija is a game. He is the only wildcard still in the competition, he stands a chance of going with that grand prize on Sunday, let’s wait and see.

No outright nonchalant ‘bad boy’ has emerged as the winner of BBNaija. The winners are either entertainers who want to become musicians or are trying to earn prominence as a socialite.

Pere unravelled new characteristics to the competition. Although he is an actor, Pere served in the military where he built his stern personality and ‘bad guy’ charisma.

Should Pere win the grand prize, he did it out of his intelligence, strategy and most importantly, his properly structured fanbase. It would be interesting to see a ‘bad guy’ win Big Brother Naija.

Cross was among the first set of housemates to qualify for the grand finale. Unlike WhiteMoney, Angel and Pere who all had to escape eviction on Sunday to confirm their spot in the finals, Cross qualified for the finals one week ago alongside Emmanuel and Liquorose.

What will be Cross’ fate on Sunday?

Cross is happy to be in the finals of the Shine Ya Eyes edition, he doesn’t expect much. He has always been an advocate for epicureanism, Cross isn’t actually concerned with winning.

WhiteMoney has survived several eviction shows, always amassing the most votes even at the recently concluded elimination event. WhiteMoney alongside Liquorose are the two favourites to win the grand prize this coming Sunday, understandably so.

WhiteMoney’s charming personality quickly won him fans across the world immediately the show kicked off. His sense of humour and culinary skills set him apart from his counterparts, was this a strategy? If it was, it worked perfectly as WhiteMoney has managed to trend on social media for various reasons.

What makes WhiteMoney so exciting to watch?

In the latter part of the competition, WhiteMoney hinted that he wanted a relationship, then he began to show his musical prowess; simply put he is an embodiment of entertainment. He deserves to be here, the grand finale.

No one would argue should WhiteMoney receive the crown on Sunday, he has given the fans something to smile about.

All 24 housemates turn up for BBN final Saturday night party

LGBTQ activist, Bisi Alimi, says there is no evidence of God’s existence