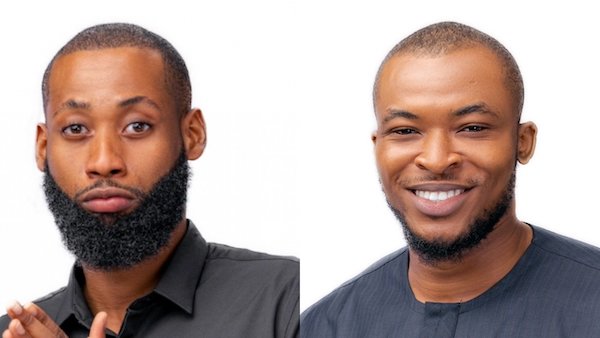 Tochi and Eric have been evicted from the ongoing Big Brother Naija 2020 reality TV show, thus becoming the second pair of housemates to be sent packing from the contest after Ka3na and Lilo.

Tochi, Eric, Kaisha and Trickytee were all up for eviction in the third week of the show after being put up for possible eviction alongside 14 other housemates but the first two mentioned (Tochi & Eric) were evicted for getting the lowest votes.

Meanwhile, one of the housemates, Wathoni, is thanking her stars she did not leave the reality show as she earlier said that she has no hope of staying beyond this week if Biggie uses the same method he used last week to evict Ka3na and Lilo.

Recall that Lilo and Ka3na were evicted last Sunday after ‘Biggie’ asked the housemates to nominate among 4 housemates with the lowest votes for possible eviction.

And Wathoni felt she was in trouble if the same method is repeated, but her blushes were spared as the eviction hammer fell on Tochi and Eric.