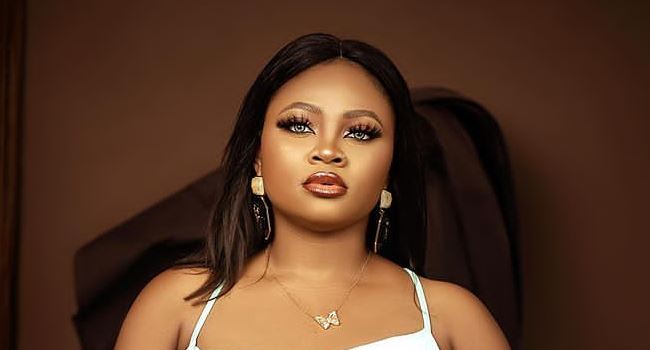 Big Brother Naija Shine Ya Eyes star, Tega Dominic has revealed in a recent interview session on Beat F.M 99.9 that she has spoken with her husband, Ajeboh Dominic after she was evicted from the competition on Sunday, September 5.

Tega’s statement is contrary to what her husband, Ajeboh made known to the public in an interview that was monitored by Ripples Nigeria on Tuesday morning. According to Tega’s husband, his wife had failed to reach out to him or pick his calls since she was eliminated alongside Michael, Peace and her fellow culprit, Boma.

Recall Tega fell out with most fans of the popular reality show after she was seen kissing fellow contestant, Boma. She was condemned for failing to conduct herself as a married woman.

During the latest interview session, Tega said she had spoken to her husband and that they are good.

According to Tega, she and Boma got carried away by the attention they gave each other during the show and that coming out of the house, they have realized that they pushed the button too far.

“We were enjoying the buzz from the housemates and we kept on going.

“Coming out from the show, we realized that we pushed the button too far and it exploded! I’m going to own up to my sh*t and tender a sincere apology to Nigerians,” she said.

When told that she might also need to apologize to her husband, the mum of one said;

“Of course my husband… we have spoken and we are good.”

Husband of BBNaija housemate, Tega, says wife hasn’t contacted him since her eviction