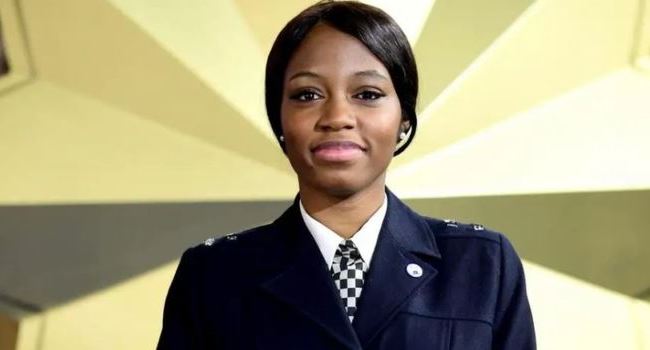 Stardom-seeking Big Brother Naija 2019 housemate, Khafi Kareem is now in the eye of the storm, after her sexual romp with fellow reality TV show contestant, Gedoni.

The decision by Khafi (a UK Metropolitan Police Constable) to give into the pressure of satisfying her flesh like some of the BBNaija 2019 housemates, has characteristically focused attention on her and unavoidably drawn the ire of her employers.

As at the time of writing this article, the Metropolitan Police said it was carrying out an internal investigation after PC Khafi Kareem went on the programme “without authority”.

Scotland Yard said the 29-year-old had been granted unpaid leave for an “unrelated reason”.

The development comes after Khafi’s management threatened to sue British tabloid, The Sun over what it considers “repulsive and damaging publication” about her.

The UK tabloid had reported that Khafi, who is a PC with the Metropolitan Police, had been denied permission by the organisation to participate in the reality TV show.

It is a known fact that s*x sells and it has always been a major highlight which focuses on the love affairs of housemates of the Big Brother reality TV show franchise around the world.

When the Big Brother Naija franchise returned in 2017, 1st runner up Bisola was involved in a hot affair with Tin Tall Tony (TTT) with the pair caught on camera having oral sex, but Bisola later denied the act when the show ended at the time.

During the 2018 edition of the show, eventual winner of the contest, Miracle Igbokwe and Nina also made out with each other and it was on the same night Cee-c and Toby were also caught making out under the duvet.

So it would seem Khafi’s sexscapade with Gedoni is expected, especially among testosterone high young Nigerians left to their own devices in a cozy but competitive atmosphere for 90 days.

The million dollar question now is what would become of Khafi who risks disciplinary action, or a possible sack from the Metropolitan Police for appearing on the show without permission.

It now seems that the only option for Khafi (if she is sacked) is to win this year’s edition of BBNaija, so she can live her dream (as written on her profile) of using the prize money, reportedly worth 30 million naira (£68,000), on hosting a travel show in Nigeria, as well as investing in charitable causes.