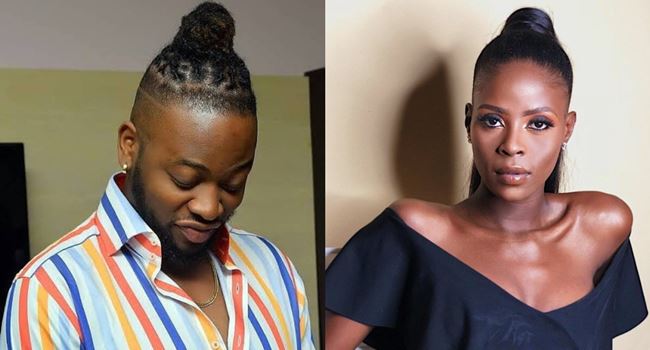 Khloe who some of her friends and fans call ‘koko’ had taken to her IG page to lament about the morning when she wrote; “Am I the only one that wakes up restless and angry?”If not, please can anyone explain the reasons and how to feel better.

In her reply to the comment of the troll, Khloe fired back saying; “Hey stupid, in the history of Khloe, I never smoke weed moron. If you are learned you’ll be able to differentiate between nicotine and weed”.

Not done, @officialdca fired back saying; “You even proud of nicotine no wonder you and Teddy A have not blown.”

Khloe’s comments comes days after her former BBNaija housemate Uriel took to social media to call out married men who have long been pestering her for a relationship cautioning them to desist from the act.

According to the BBNaija 2017 housemate who took to Instastory to issue the warning, married men should as a matter of urgency leave her alone so she can find a fellow single guy to hook up with.

Uriel also added that the reason she doesn’t want to give in to married men is because she doesn’t want a situation where she would have to be on the look out for the married man’s wife when she’s out with him.