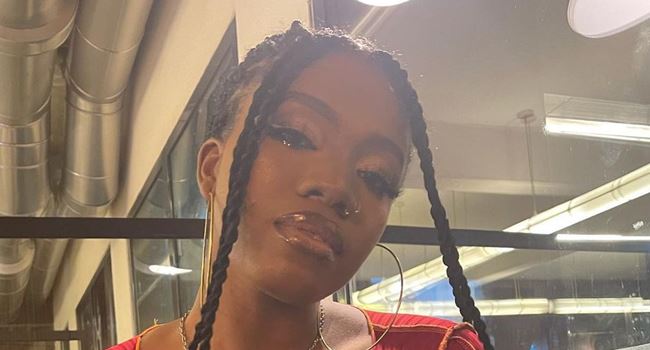 The 21-year-old reality star on Monday morning pulled up her white outfit during a conversation with other housemates, Whitemoney and Queen to unveil a very sensitive part of her body.

Queen, who was shocked at her colleague’s action, quickly reprimanded her, however, it fell on deaf ears.

Meanwhile Whitemoney laughed about the moment stating that, ‘Angel is just a marketer’.

Despite being a fan favourite, Angel has continued to instigate controversy throughout the season, often dropping the jaws of Big Brother fans with her actions.

The writer and photographer sparked intense arguments amongst viewers on social media. Several fans were appalled at her actions, while another sect was defending her.

Read the conversation below.

Meanwhile, the social media managers handling the page of the reality star, Angel Smith have taken to Instagram to publish a video of a man in a court dock singing an apology for his offence.

It is uncertain if Angel will be cautioned by Big Brother for intentionally exposing her private area.